Florida Man Advertises Drugs on Shirt, Gets Busted for Drugs

A Hudson, Florida man caught the attention of the internet on January 7th when he was arrested for drug possession while wearing a t-shirt that read “Who needs drugs? No, seriously, I have drugs.” Needless to say, the t-shirt went viral. 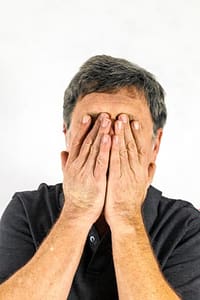 The following comes from the Pasco County Sheriff’s Office account of the situation:

While in line at a local K-Mart, 50-year-old John Balmer noticed a deputy walk into the store. Balmer got nervous and attempted to hand a bag of drugs to a stranger standing behind him in line. When the stranger refused the drugs, Balmer tried to hide them near another cash register. The cashier at the store notified the deputy of Balmer’s strange behavior, and the deputy proceeded to put Balmer under arrest.

Balmer’s bag of drugs was revealed to contain marijuana and methamphetamine. Now Balmer faces two drug possession charges and is being held on $5,000 bale. This is not Balmer’s first run-in with the law. In fact, authorities say the man already has seven arrests on his record.

Drug Use Leads to Strange Stories

Whether the shirt was worn for entertainment value or for sincere marketing purposes is unclear. However, with seven arrests on his record, you have to wonder what was going through Balmer’s head when he left his house that morning with a bag full of illegal drugs and a t-shirt advertising them.

And yet, while many people may have had a good laugh at this story, the story is actually quite sad. It demonstrates the horrible effects drugs have on a person’s brain and decision-making skills.

Heroin and prescription drugs have captured the majority of the drug news in Florida over recent years, but meth has caused its share of problems across the state as well. In 2012, the state recorded 241 meth lab seizures.

Get Addiction Help… Before You Get Internet Famous

Balmer is not the first Floridian to be arrested on meth-related charges in a way worthy of internet notoriety. In October, a mother and son were arrested on meth production charges after butt-dialing 911. The 911 dispatcher could hear the pair talking about making meth, and alerted police officers. Police later found an active meth cook at the family’s home.

The moral of the story? If you are addicted to drugs or alcohol, get help before you get arrested and your “rock bottom” moment goes viral.