Is Flakka More Addictive than Methamphetamine?

Flakka has become increasingly popular in recent years. When it comes to Flakka vs. meth, both designer drugs are usually produced in concealed locations and are often homemade. They are usually created by mixing over-the-counter materials with drugs that come from a plant. Therefore, it’s nearly impossible to determine what designer drugs like Flakka are composed or their effects because they are produced and sold illegally. Despite their popularity, these drugs are very dangerous (and often fatal) and should be avoided at all costs.

A new drug called Flakka has caused a series of bizarre crimes across Florida and the Southeast, and new studies have found it may be even more addictive than crystal meth.

Doctor Michael Taffe and Doctor Tobin Dickerson were the authors of a groundbreaking new study that compared the addictive potential of bath salts and Flakka. In the past, the two authors collaborated on another study that measured bath salts against crystal meth in similar conditions to the ones used in the Flakka study. 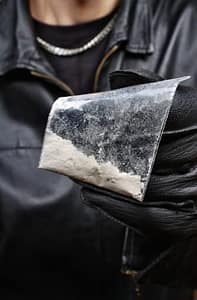 In an earlier study, Dr. Taffe and Dr. Dickerson were able to demonstrate that bath salts caused rats to use their exercise wheels less often than rats who used crystal meth. Exercising on the wheel provided a measure of how much dependence on the drug had affected the rats’ lives by showing how the drugs caused the rats to give up things they enjoy.

Experts refer to both drugs as synthetic cathinones. These drugs have a similar chemical structure similar to the natural drug found in the leaves of the Khat plant. Cathinones were first made popular as club and party drugs in Israel and the Middle East.

The government eventually outlawed cathinones in the U.S., which launched a massive effort across the globe to bring the illicit substances to market. Today, these chemists have found new ways to shift the chemical structure of the drug to keep the desired effects while making the drugs not technically illegal.

Why Users are Choosing Flakka vs. Meth

Many users of Flakka have a history of meth use, as well as past experience with other drugs like cocaine. For many users deciding to abuse Flakka vs. meth, Flakka’s low cost can be a deciding factor. A dose of Flakka is only about $5, whereas meth can range from $25 to $80 per hit, depending on how someone purchases at one time and where they buy it.

Sadly, many Flakka overdose victims were unaware that other drugs, such as cocaine or methamphetamine, were “cut” using Flakka by a shady dealer. This is a big problem for unsuspecting users, as Flakka can be quickly deadly. It is particularly dangerous for people with underlying mental conditions. Flakka exacerbates depression and paranoia, leading many users to suicide.

Another issue of Flakka vs. meth: Flakka is so new to the market that experts know little about the drug and its effects. In fact, people have only abused Flakka for less than 10 years in America. Methamphetamine, on the other hand, has been around since 1919, and people have abused the drug since the 1940s.

The one main difference between Flakka vs. meth and bath salts is their prices. Flakka is incredibly cheap, which could boost its popularity in poor communities.

Designer drugs, like Flakka, are deceiving in that people believe that they’re indulging in low-risk fun or that consuming them isn’t as dangerous as taking illicit drugs. Regardless of whether it’s a street drug, like cocaine or heroin or whether it’s Flakka vs. meth, no substance abuse is ever safe and there are major consequences to leading a life of substance abuse. If you or a loved one is struggling with drug abuse, whether it’s Flakka vs. meth or any other popular drug, high-quality detox services in Florida can help you reclaim your life. in addition to Flakka and meth detox programs, we also offer: