A newly opened Singapore rehab center has added yet another voice to the movement favoring rehabilitation of criminal drug users rather than mass incarceration.

The new Singapore rehab center, known as the Community Rehabilitation Center, is designed for young men 16–21 years old who are first-time offenders. The facility plans to involve the families of those in treatment to strengthen the rehabilitation effort. Administrators at the facility believe family involvement will be the key to keep one-time offenders from being long-time offenders.

While the center holds only 50 residents, it represents a major change in drug policy for Indonesia. Residents will be able to continue attending work or school while in the center. This gives them an opportunity to focus on outside goals during treatment. Many other countries, including the United States, have taken note of this new facility’s strategy and what appears to be the future for dealing with addiction. 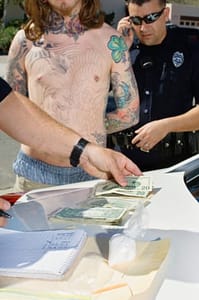 In America, some states have instituted similar programs to send minor drug offenders to rehab instead of prison. A number of states including Florida and New Jersey have started programs like this. However, the United States continues to have both the highest percentage of citizens incarcerated and the highest total number of incarcerated citizens in the world, and a large amount of these prisoners are serving time for minor drug offenses.

The state of California has made the most significant strides in the United States to combat this trend. In 2014, Californians voted to end prison sentences for minor drug offenses. In fact, many Californians currently serving prison time will most likely be released once the law goes into effect. Some estimate that as many as 10,000 inmates will be released.

While thousands of prisoners being released onto the streets may sound intimidating at first blush, if looked at in reverse, a tragic tale is told. Thousands of Americans are incarcerated each year for having small amounts of controlled substances. During this time, education, career building, and general life momentum are totally disrupted.

On the other hand, many substance abuse treatment programs offer educational opportunities. In addition, the vast majority of drug rehab centers encourage some form of community involvement and social reintegration.

As more countries adopt treatment-before-incarceration justice models, it becomes increasingly clear that current drug policies in the United States are outdated and flawed.

Drug Detox: Kick Off Your Recovery Without a Court Order