A new study published in the New England Journal of Medicine found that insurance companies are discriminating against people with chronic diseases by making lifesaving drugs less affordable for people with certain conditions.

The study specifically analyzed H.I.V. drugs, and found that a quarter of insurance plans offered on the federal insurance marketplace put the drugs in the highest co-payment tier. Unlike many other drugs that can be bought with a flat-rate co-pay, H.I.V. drugs were put in a price tier that made the insured pay at least 30% of the total cost.

For a person taking drugs that cost nearly $28,000 per patient per year, the difference can be thousands of dollars annually. 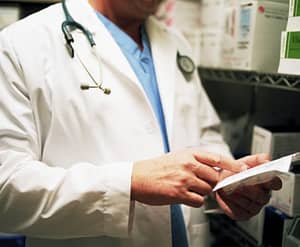 Although the study specifically analyzed H.I.V. drugs, many consumer advocacy groups have noted the strategy of putting medicines into higher price brackets pertains to many chronic diseases. This practice, known as “adverse tiering,” has been used by insurance companies for other chronic illnesses, including diabetes and mental health disorders related to substance abuse.

These claims have caused the Obama administration to begin an investigation into the practice of adverse tiering. If found guilty of this practice, insurance companies will be breaking the anti-discrimination laws of the Affordable Care Act. In other words, they would be violating the measures put in place to protect people with pre-existing conditions.

Although the federal government has taken great strides toward making the treatment of chronic diseases, mental health problems, and substance abuse affordable, insurance companies are determined to protect their bottom line.

You can learn more about your health insurance coverage for addiction treatment here.