Mental illnesses are conditions that affect people’s emotions, moods and ways of thinking. Some people have trouble functioning normally and completing daily tasks. Bipolar disorder is an illness that causes these side effects. Because of the unstable behavior, bipolar disorder treatment is essential to regain control. 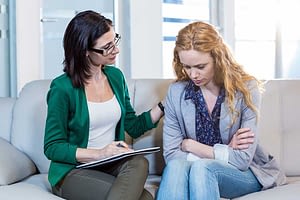 Experts previously referred to bipolar disorder as manic depression. This mental health problem affects people’s ability to function. Genetics and a chemical imbalance in the brain can trigger its development. Over time, the illness can cause legal and financial issues, suicide, relationship problems and addiction.

Bipolar I disorder consists of manic episodes for seven or more days. It can also involve severe manic symptoms that require immediate hospital treatment. Depressive episodes also occur and typically last two weeks or longer. It’s possible for people to have manic and depressive symptoms at the same time too.

Bipolar II disorder consists of hypomanic and depressive episodes. However, it doesn’t develop into the full-blown mania that occurs with type one bipolar disorder.

The episodes that people experience with bipolar disorder can last for days to weeks. They could happen a few times a year or even several times a week. Sufferers often feel overwhelmed and may want to control their emotions but don’t know how.

If they forego bipolar disorder treatment, they could self-medicate with alcohol and other drugs. However, this behavior is a form of substance abuse. The drugs don’t provide permanent relief, so people continue to self-medicate. When the drugs wear off, their symptoms might be worse than before.

Also, people who self-medicate for bipolar disorder can develop an addiction. When this happens, they need treatment for comorbidity. This term refers to the presence of two chronic illnesses at the same time. However, most experts refer to it as co-occurring disorders.

Bipolar disorder is a lifelong illness for which there’s no cure. So is an addiction. However, the most effective treatment combines medicines and therapy for both illnesses. The overall goal is to help people better manage their moods, symptoms and drug use. Combining these treatment methods can even help those with severe bipolar disorders.

No two people with bipolar disorder are the same. Because of that, they may have to try several medicines before they find one that works best. Mood stabilizers, atypical antipsychotics, and antidepressants are medicines that doctors may prescribe. Sleep aids can support restful nights, which may reduce related symptoms. It’s obvious that using alcohol or other medications will cause additional problems for someone suffering from bipolar disorder.

Therapy provides education, guidance, and support for those who have bipolar disorder. Cognitive behavioral therapy teaches patients how to modify thought patterns to improve their emotions and behaviors. Family therapy helps relatives and close friends learn how to cope with episodes and support their loved ones.

In some cases, it’s too risky for people to take medicines as part of bipolar disorder treatment. They could be pregnant or have other medical issues. Instead, doctors may recommend electroconvulsive therapy to relieve their symptoms.

Have you self-medicated with alcohol or drugs to get relief from bipolar disorder? Serenity House Detox can help you overcome these co-occurring disorders. Our Florida facilities offer dual diagnosis treatment that includes care for substance abuse and mental health.

At Serenity House Detox, we customize your treatment plan to address your specific needs. We even offer gender-specific programs to help you focus on recovery. Our team provides a range of other programs and services, including:

Don’t let your mental health or addiction keep you from having a full, enjoyable life. Get addiction and bipolar disorder treatment at Serenity House Detox. Contact us at 866-294-5306 to speak with a caring staff member.