In an attempt to curb prescription drug abuse, the Drug Enforcement Agency has limited the availability of prescription narcotics. This change has left scores of returning combat veterans without access to medication, many of whom suffer from intense injuries or mental health conditions. 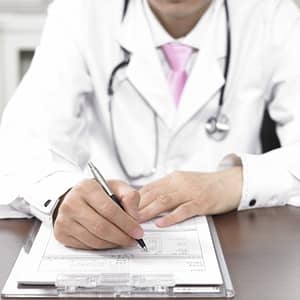 Lack of Access to Prescription Drugs Causes Problems for Vets

Many veterans rely on the Department of Veterans Affairs healthcare system for their medical needs. Under the new regulations, people must return every month to renew their prescriptions. For veterans who don’t live near the VA hospitals and clinics they rely on, this can be a time-consuming hassle.

Some veterans have been reported going into withdrawals after being unable to refill their prescriptions in time. Withdrawal symptoms and the lack of a legitimate source for opiates can cause people to use the black market to find opiates. Many people turn to heroin after the supply of their prescribed opiates runs out.

On the other hand, the VA has been accused of over-prescribing opiates as well. Veteran Opiate Prescriptions are prescribed three times as many narcotic painkillers as the rest of the population. It’s believed that this high level of access to painkillers in addition to the high level of psychological trauma and PTSD has led to an increased level of opiate abuse among combat veterans. One VA hospital was known as “Candyland” by its patients because the staff handed out narcotics like candy.

The strangest aspect of this story is that medical researchers are not in agreement over whether opiates are even effective for treating long-term, non-cancer pain. The American Academy of Neurology, a leading professional society for neurologists and neuroscientists, stated their position on the matter in their journal, Neurology, saying, “There is no substantial evidence for maintenance of pain relief or improved function over long periods of time without incurring serious risk of overdose, dependence, or addiction.”

Get Treatment for Veteran Substance Abuse at Florida Rehab

While scientists, politicians, the DEA, and medical professionals discuss the best way to treat pain, veterans are caught in the middle. Some are in pain and not getting the treatment they need. Some are addicted to drugs prescribed by their doctor and are watching addiction take over their lives.

Luckily, if you are a veteran who struggles with substance abuse, treatment is available. The science behind treating opiate addiction is progressing and new treatments are making a real impact in patients’ lives. Serenity House Detox & Recovery provides medically supervised detox and addiction treatment to help you regain control of your life.