Average people across the country are seeing now that heroin addiction has become an epidemic in our country.

News about heroin addiction is virtually inescapable, and you can see it just by simply turning on the TV. From Massachusetts Governor Deval Patrick declaring heroin abuse a “public health emergency,” to the comedian Harris Wittles’ tragic death recently at the hands of the drug, it’s undeniable that heroin has returned in a major way. 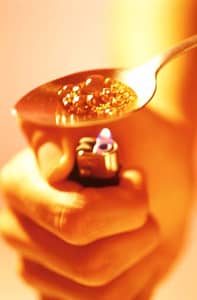 The Beginnings of the Heroin Crisis: Where it All Started

The crisis of heroin abuse in our time begs the question: how did it get this bad?

Evidence points to a number of causes for the heroin crisis, and few of them are what you might expect. Several elements have came together to create a perfect storm, but at the end of the day, both state and federal government dropped the ball.

The single greatest source of opiate addiction in the last 20 years has been prescription pills. Pharmaceutical companies heavily marketed prescription opiates to doctors in the 1990s and early 2000s, which led to doctors over-prescribing the powerful drugs. Not only did this cause a rash of accidental addictions for patients who were taking the medications normally, it also led to a larger supply of the drugs that could be diverted to the black market.

As the government started to put in place regulations on prescription opiates, addicts had to turn elsewhere for their high. Enter heroin.

Some laws that make a difference in fighting heroin abuse include:

While the government took away the supply prescription opiates, they did nothing to address the demand for opiates, effectively opening the door for a heroin abuse epidemic. When the first signs of growing heroin abuse became apparent, only a handful of states responded with appropriate measures.

Take Matters into Your Own Hands: Recover from Heroin Addiction

Today, one can’t rely on the government to solve the addiction crisis. If you suffer from heroin or prescription opiate addiction, you should take matters into your own hands.