Wittles’ writing credits include “Parks and Recreation,” Eastbound and Down,” “The Sarah Silverman Program” and many others. Although Wittles was considered to be one of the best young comics by other comedians, many believed his best years were still ahead of him. At the time of his death, Wittles was still actively writing, creating, and performing stand-up comedy. 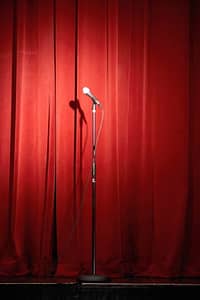 Wittles talked openly about his struggles with addiction on the podcast of fellow comedian Pete Holmes last fall. At the time, Wittles had recently returned from his second round of rehab that took place at a treatment facility in Oregon.

As recently as the night before his passing, Wittles had performed a stand-up comedy set in Los Angeles. He even talked openly about his addiction, saying that he now felt that he was in, “a good place” with his recovery.

However, on the morning of February 18th, Wittles’ assistant entered Wittles’ Los Angeles apartment and found unspecified drug paraphernalia. Wittles’ final toxicology report is still being process and results are expected to be at least a month away.

Wittles’ death is the latest in a long line of talented people who were taken too soon. Comedy fans will remember a similar incident with the 2005 overdose of stand-up comedian and writer Mitch Hedberg.

Mainstream audiences will remember actor Philip Seymour Hoffman’s recent death at the hands of heroin. Robin Williams famously struggled with addiction and experts speculated that it may have been related to his 2014 suicide. Coincidentally, Williams and Wittles attended the same rehab facility in Oregon.

While the drug-related deaths of the talented and famous are seen as tragedies, families all across America experience the personal tragedy of death at the hands of addiction every day.

As a person struggling with addiction, the worst lie you can believe is that you are too far gone for help and that no one cares if you get better or not. You’re a Harris Wittles to someone out there, whether you know it or not. Remember that treatment is available for you… treatment that can turn your life around.

Serenity House Detox & Recovery is a detox facility in South Florida that treats addiction to many drugs, including:

Treatment is personalized for your condition and you may be able to pay with health insurance. Call Serenity House Detox & Recovery today to learn more about medical drug detox.