What is the History of Addiction

The United States is currently in the grip of an opioid crisis. Prescription painkiller abuse is costing lives. However, this isn’t the first time that this country grappled with chemical dependency issues. A history of addiction shows that America’s struggle with drugs started in colonial times.

The History of Addiction From Colonial Times Through the Civil War 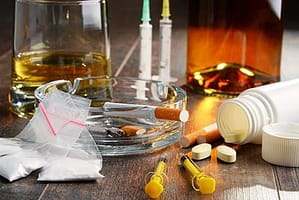 As noted by Lawrence S. Brown, Jr., there was a Whiskey Rebellion in 1794. It came on the heels of attempts to curtail grain distilling for alcohol production. In many ways, the subsequent Civil War era contributed to the distribution of opium. Then, it served as a painkiller during surgeries.

However, soldiers and doctors developed an affinity for the side effects of opium and its derivatives. There are plenty of examples of medications that contained morphine and heroin. They were easy to get. For many families, they were staples of the home’s medicine cabinet.

It’s interesting to note that a history of addiction would be incomplete without mentioning societal mores. While it was perfectly acceptable for men to drink alcohol in public, women didn’t do so. Instead, they engaged in opium use behind closed doors. Many received it as a prescription or patent medicine for “female troubles.”

From Prohibition to the War on Drugs to the Opioid Crisis

The temperance movement succeeded in adding an amendment to the Constitution in 1920 that outlawed alcohol. It lasted until 1933. The law did little to end alcohol addiction and related disorders. Fast forward to 1970, when Congress passed the Comprehensive Drug Abuse Prevention and Control Act.

This measure came in direct response to a burgeoning heroin addiction problem. By 2011, it was clear that the war on drugs was a failure. Addiction isn’t something that officials can legislate away. Now, we deal with an opioid crisis that involves prescription painkillers as well as heroin.

If the history of addiction teaches us anything, it would have to be the power of chemical dependency. Developing a drug or alcohol habit is easy. Overcoming an addiction is more difficult. Laws don’t protect you from drug addiction or help you get sober.

Today, whether you take narcotics, alcohol, or use synthetic drugs, you can benefit from good-quality treatment. You start with detox. There, you work with addiction counselors to break the physiological dependency. However, you also work on the psychological addiction.

Now that you know about the history of addiction in America, it’s clear that you’re not alone in yours. Don’t feel like you have to continue suffering in silence. Reach out for help from the counselors at Serenity House Detox & Recovery by dialing 866-294-5306 today.