Ecstasy is a state of bliss, being beyond reason and self-control with overwhelming emotions or in a trance. This definition matches the word ecstasy, as well as the drug bearing this name. Many people abuse ecstasy at parties and events each year. But few realize the dangers of mixing ecstasy and alcohol. 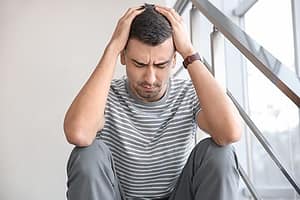 Ecstasy, also called MDMA, is a synthetic drug like meth. It is both a stimulant and hallucinogen. The drug gives you intense feelings of energy and pleasure as its high. When using it, you experience an altered perception of reality due to the drug’s flooding of serotonin in your brain.

But ecstasy is not all fun and games. This drug has been used in America for over four decades and made its way onto the DEA’s list of Schedule 1 dangerous drugs in 1985. People today call it E, Molly, and the Love Drug. Whatever you call ecstasy, it brings the potential of serious harm and even death. This is particularly true when you mix ecstasy and alcohol.

Dangers of Mixing Ecstasy and Alcohol

Ecstasy causes its own physical, mental and neurotoxic effects. Alcohol also brings its own negative side effects, including death. But combining the two puts your risk off the charts and possibly puts you at death’s door.

People tend to drink alcohol with ecstasy. Hosts often serve both at parties, concerts and other events. But mixing the two causes an intense crash on top of other adverse effects. Some results of this crash include anxiety, sleep problems, depression, dehydration, overheating and heart attack.

Combining ecstasy with drinking also leads to higher risk of unprotected sex, disease transmission and criminal victimization, such as rape.

Treatment for Both of Your Addictions

If you struggle with addiction to ecstasy and alcohol, or even just one of these deadly substances, you need help at a quality detox center. In a licensed and medically supervised detox, you receive the therapies and treatments you need to achieve stable sobriety.

To learn more about detox treatment for your ecstasy and alcohol problem, call Serenity House Detox & Recovery now at 866-294-5306. You can beat both addictions with the right help in a program providing individualized treatment planning. Call now and end the cycle of addiction.