What is Molly Drug?

What is the molly drug? Many parents find themselves asking this question after they learn that their children use it. The drug is popular among people between the ages of 13 and 18. It’s addictive and one of the fastest growing street drugs that teens can get their hands on.

What Is the Molly Drug? 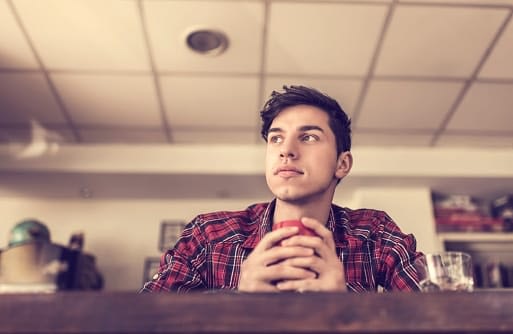 This drug comes from the same synthetic chemicals as ecstasy. Both drugs contain 3,4-methylenedioxymethamphetamine (MDMA). The biggest difference, however, is that they come in different forms.

How Does the Molly Drug Act?

MDMA acts as a stimulant for the central nervous system. The overstimulation creates a euphoric high that usually creates hallucinations. People who take Molly report feeling happy and outgoing. Since the drug makes people feel outgoing, they often take it when they attend parties.

Why is the Molly Drug Dangerous?

The first reason why Molly is dangerous is because MDMA is dangerous. This chemical causes high blood pressure, rapid heartbeat and blood vessel constriction. With prolonged use, MDMA can cause health concerns such as:

Once the drug wears off, people often fall into depression. Sometimes they even develop suicidal thoughts.

Unfortunately, the dangers the Molly drug don’t end there. Since the drug is illegal and sold on the street, buyers can’t be sure of its purity. Street dealers usually cut the drug with other chemicals or substances to make more money. For example, sometimes the drug contains household cleaners or bath salts, which can cause health problems of their own.

Molly has become a huge problem in Florida. It’s even more evident in big cities or areas that have big party scenes. Reports show that teens between the ages of 13 and 18 are the most likely to use Molly. The probability increases for teens who frequent electronic dance or rave scenes.

However, people of all ages use this drug, and some even use it as a “date rape” drug. Molly is easy to slip into drinks, leaving the victims confused. To make matters worse, the Molly drug makes it hard for people to fight back, so they’re vulnerable to attack.

How to Tell Whether Someone Is Using Molly

The effects of Molly are widespread, so sometimes it’s difficult to tell if people are using Molly or another drug. While under the influence, however, they usually exhibit certain symptoms. Some of these include bizarre behavior, psychosis, jaw clenching or sweating. Once the drug wears off, people usually show signs of extended depression after even the first dose.

No matter which drug you abuse, the path to recovery always starts with detox. At Serenity House Detox, our goal is to provide a strong foundation for rehab and long lasting sobriety. This foundation will provide the support you need to complete treatment. Some of the different detox programs that we provide include:

We provide detox services for a number of drugs, including Molly, crack, meth, heroin, and alcohol. We also offer detox services for prescription drug addiction. No matter what drug you abuse, we can help you detox from it safely.

Reach out to Serenity House Detox today to stop letting Molly or other drugs ruin your life. Let us start you down the path to recovery with proper detox. Contact us today at 866-294-5306.