Sizzurp – Purple Drank – What You Need to Know 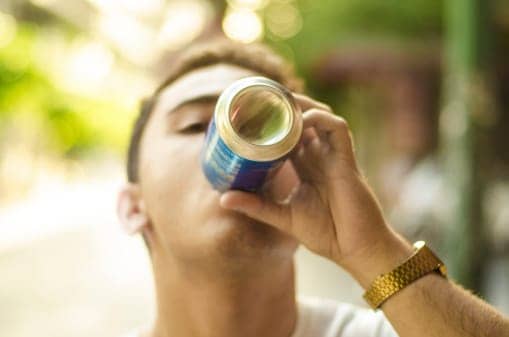 No matter the substance involved, drug addiction is no laughing matter. Since many of the addictive drugs in America are so expensive, some people search for cheaper alternatives. This is why sizzurp entered the substance abuse scene. However, what is sizzurp?

Sizzurp, which is also called Purple Drank, is a slang term for a recreational drug. It was the hip-hop community in the southern states that brought this recreational drug to light. Now, famous celebrities and the masses are using this drug to get high. Below is more information to answer the question, what is sizzurp. and the dangers of taking this drug.

Houston, Texas, coined the term “sizzurp,” and it has spread throughout the United States. While the actual ingredients in sizzurp differ depending on the maker, there are a few staples. The main ingredient in this drug is prescription cough syrup, which contains promethazine and codeine. Users add Mountain Dew, Sprite or Coca-Cola to the cough syrup to enhance the taste.

The majority of prescription cough syrup is purple. This is how sizzurp got its other street name Purple Drank. Despite its funny name, doctors say that this drug is lethal in large amounts. Since the codeine in the cough syrup is addictive, it’s common for people to abuse it.

Experts say that prescription cough syrup was popular as far back as the 1960s. However, people believe that Houston producer DJ Screw made it even more popular. Some say it was sizzurp that inspired him to create his classic “chopped and screwed” hip-hop music style. As the drug spread in popularity, sizzurp moved from Texas to the other southern states.

The drug reached national appeal in 2000 after rap group Three 6 Mafia released “Sippin’ on Some Syrup.” This is not the only song in which Three 6 Mafia referenced this cough syrup drink. The song “Rainbow Coors” also talks about consuming prescription cough syrup.

The Dangers of Sizzurp

With a name like sizzurp, it’s hard to take the drug seriously. However, it contains codeine, which is a narcotic. This means that the drug is addictive by nature. Much like the drug ketamine, sizzurp creates a condition in which it feels as if the body and mind separate.

Knowing the answer to the question, “What is sizzurp?” is just half the battle. It’s also important for people to know the dangers of the drug. According to doctors, too much promethazine and codeine causes respiratory and central nervous system problems. Some of the symptoms include:

Sizzurp is sometimes even deadly when people combine it with other drugs. Some people assume that the drug isn’t dangerous because it’s just a cough syrup. However, this isn’t the case and stopping the drug cold turkey is difficult. People often need to visit a medical detox center to lessen the symptoms of sizzurp withdrawal.

People who need drug addiction treatment don’t always receive the help they need. This is typically because they don’t want to stop. This leaves it up to family and friends to spot the signs of addiction.

The signs of sizzurp addiction are close to other drugs. For example, people on sizzurp have slurred speech, impaired motor skills, and a sedated-like appearance. However, sizzurp usage also results in a feeling of separation of body and euphoria. These are signs that not all drugs create.

Unfortunately, these signs aren’t necessarily apparent to onlookers. It’s important for family and friends to listen to terms that may indicate that their loved ones are experiencing these symptoms. For example, if they’re talking about feeling detached from their body, this is a warning sign. More red flags should go up if they experience other sizzurp symptoms.

The threat of overdosing on sizzurp is real, and experts say that it has happened on just one bottle of cough syrup. While this may sound like a lot, people often lose track of how much they drink. Sometimes they pour an entire bottle into a large soda bottle. Before they know it, they’ve consumed the entire soda bottle and the cough syrup along with it.

People often don’t even know that loved ones need help after overdosing on sizzurp. This is because the users become sleepy and look as if they just passed out. It slows down their heartbeat, which can lead to heart failure.

Sizzurp causes hallucinations, so many people compare it to LSD. Even before users pass out, they may suffer from extreme paranoia. Sometimes this makes them going off alone to get away from people. This is dangerous because they could pass out while no one is around to help.

What is Sizzurp and Getting Help at Serenity House Detox & Recovery

At Serenity House Detox & Recovery, we offer detox programs for people who are suffering from sizzurp addiction. We also offer professional detox services, including:

At Serenity House Detox & Recovery, we don’t just want to answer the question, what is sizzurp. We want you to get the help that you deserve. This means creating a unique detox plan that is designed for you. We offer services such as individual care so that we can develop a plan that works for your needs.

Contact Serenity House Detox & Recovery today for more information on the services that we offer. Don’t let sizzurp addiction ruin your life or the life of a loved one. Call us at 866-294-5306 to learn more about our detox and our plan for your sober recovery.