The Difference Between Ritalin vs Adderall 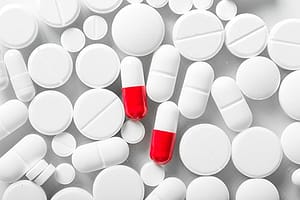 Many people experience ADHD, which is also known as attention deficit hyperactivity disorder. The condition makes them struggle to concentrate and control impulses. For these conditions, doctors often prescribe Ritalin or Adderall. Regarding Ritalin vs Adderall, either medication improves the quality of life for ADHD patients.

However, these medications are also popular among college students and others abusing the drugs for their effects. Few differences exist in Ritalin vs Adderall abuse. With either addictive stimulant, brain activity speeds up. This makes you feel alert and energetic.

Ritalin vs Adderall and How Both Drugs Work

Ritalin and Adderall work similarly when used as ADHD treatment. Side effects are the same for these drugs, too. However, some differences exist between these central nervous system (CNS) stimulants.

Both Ritalin and Adderall speed up your brain activity. They do this by making more critical brain chemicals available to CNS receptors.

But in the question of which drug works faster, it is Ritalin vs Adderall. Ritalin works and leaves your body quickly as a fast-acting stimulant. Adderall works longer and stays active in your body for a more extended period, too. Ritalin works for up to three hours and Adderall for up to six hours.

Ritalin vs Adderall Side Effects

Both medications work the same, just as they cause many of the same side effects. Side effects of these stimulants include:

Both drugs also cause heart rhythm problems, psychosis, Raynaud’s syndrome and slowed growth in children. Addiction is one of the worst side effects.

You can tell someone you love suffers addiction to Ritalin or Adderall through critical signs. These signs include extreme weight loss, high energy, bouts of fatigue and lost interest in personal grooming. They may also stay awake for longer periods, talk fast, fidget, behave nervously and suffer anxiety. You also may see them as confused, aggressive, paranoid or delusional.

The only way out of Ritalin or Adderall addiction is through detox and rehab. Ritalin or Adderall detox programs at medical detox centers help the person you love prepare for rehab treatment. In detox, their body cleans itself of the drugs and other toxins. You or your loved one leave detox feeling and looking healthier than since the drug abuse began.

If you or someone you love need help for Ritalin vs Adderall addiction, call Serenity House Detox & Recovery now at 866-294-5306.