Illinois lawmakers are pushing to get the opiate overdose-reversal drug Narcan into the hands of school nurses in public schools across the state. 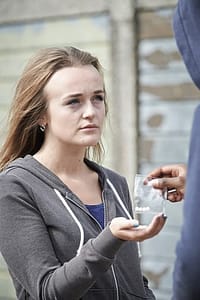 Narcan has Saved Thousands of Lives from Opiate Overdose

Narcan, the brand name form of the drug naloxone, is an opioid antagonist drug that can actually reverse an opioid overdose in a matter of minutes. The drug has no recreational effect whatsoever, and won’t cause harm if the person hasn’t used opiates.

Narcan is estimated to have already saved 10,000 lives across the country from opiate overdose. Some experts believe the drug could cut the overdose death rate by as much as 50%.

Opiate-related overdose deaths have risen substantially in Illinois’ suburban DuPage County, rising from 26 in 2011 to 44 in 2013. Two students in this county overdosed while at school, but their lives were saved by firefighters who were carrying Narcan. If the firefighters hadn’t been carrying Narcan, the students could have easily died. The school nurse would have been able to do nothing but look on at the terrible situation, helpless.

Despite Narcan’s obvious benefit of being able to pull a person back from the edge of death, the drug has its critics. Some lawmakers believe expanding access to the drug will make them seem weak on drug policy. Maine’s governor Paul LePage has loudly fought the expansion of access to Narcan, saying, “It’s an excuse to stay addicted.”

However, studies into the matter do not back LePage’s claim.

If anyone had doubted the severity of the opiate abuse crisis in America, this should be a sign that it’s a real and very dangerous threat. Putting overdose reversal drugs into our schools shows that not only do we believe young people are abusing these drugs at life threatening levels, but also that they may be doing the drugs while at school.

The image of suburban high school students doing heroin in the school bathroom stands in sharp relief to previous images people have held for heroin. In the past, many thought heroin was a drug confined to the homeless and destitute nodding off under bridges or in the dark corners of public parks. The real picture is quite different. Now, you’re just as likely to find heroin in the “good” schools as you are anywhere else.

Don’t Risk Overdose – Antidote or Not

For those who struggle with opiate abuse, Narcan is able to save lives and stop an overdose. But addiction recovery and medical detox will prevent them from ever needing the drug in the first place. Serenity House Detox & Recovery offers treatment that will help your or your loved one get clean, and get on the path to a healthy recovery. Starting with quality medical detox will set the foundation for a full recovery from substance abuse. Whether you have access to Narcan or not, don’t put your life at risk. Get help. Come to Serenity House Detox & Recovery.