As people gather to celebrate the holidays with friends and family, they tend to drink alcoholic beverages. There’s nothing wrong with that as long as they don’t put themselves and others in danger by driving afterward. National Impaired Driving Prevention Month 2018 is in December and reminds everyone of the importance of sober driving.

The History of Impaired Driving Prevention Month in December 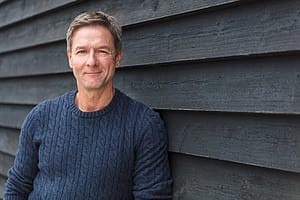 December is one of the most dangerous times to drive because of holiday parties that lead to impaired driving. Since the early 1980s, every US President has dedicated this month to awareness of this issue.

The government’s awareness campaign encourages everyone to make responsible decisions. Although it makes this push during the holidays, it urges Americans to take steps to avoid drinking too much and driving all year ’round. Since its launch, communities throughout the nation have increased their resolve to expand initiatives that promote safe driving.

Impaired driving includes more than just drugged and drunk driving. Distracted driving is part of the problem too. However, alcohol is a factor in incidents that kill thousands of people each year.

In 2016, an alcohol-related traffic death occurred every 50 minutes, according to the National Highway Traffic Safety Administration (NHTSA). That comes to a total of 10,497 alcohol-related traffic fatalities. Also, the FBI estimated that there were more than 1 million driving under the influence (DUI) arrests. These included alcohol and narcotics arrests during that year.

This campaign is one of many that targets drunk and drugged driving. It will begin advertising across the nation on December 12 and increasing enforcement on December 14. The motto this year is “Drive Sober or Get Pulled Over.”

People can be part of this campaign by not letting loved ones drive if they’ve been drinking. If they plan to drink in a group, they should designate a sober driver or arrange alternative transportation beforehand. They can also call the police if they see impaired drivers on the road. These actions could save their and other people’s lives.

National Impaired Driving Prevention Month 2018 also raises awareness that impaired driving could be a sign of a bigger problem. That central issue is substance use disorder, which can include alcohol, marijuana and other drug addictions. People who have a pattern of using drugs before driving are likely in need of addiction treatment.

Don’t ignore the message of National Impaired Driving Prevention Month 2018. Drive sober during the holidays or get treatment if you need it. Call Serenity House Detox & Recovery today to learn more about our programs at 866-294-5306.