How Much is Drinking Too Much?

There is no set formula to distinguish ordinary alcoholic consumption from excessive, abusive or addictive consumption. Knowing how much drinking is too much drinking varies among individuals. If you feel that you or someone you know is drinking too much, these signs and factors can help you identify an addiction.

Binge Drinking = Drinking Too Much

Although the amount of alcohol that indicates abuse or addiction isn’t set in stone, binge drinking is something that can be easier to define. Anyone who habitually binge drinks will have a problem with alcohol that should be addressed right away. 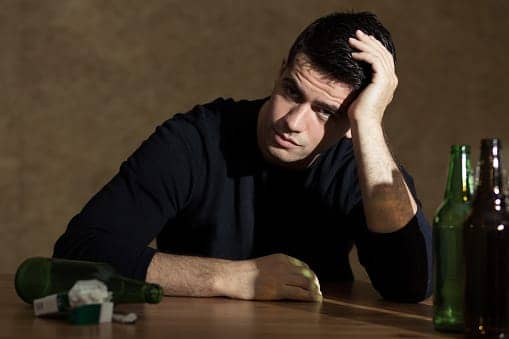 Another way to determine if you or a person you know is drinking too much is by seeing an increase in both tolerance and consumption. A tolerance for alcohol is how much a person can drink before appearing intoxicated, or before acting differently than everyday behavior. Through excessive consumption of alcohol on a regular basis, tolerance can increase.

With an increased tolerance typically comes increased consumption. That’s because in order to feel drunk or tipsy, individuals will have to drink increasing amounts of alcohol. When this happens and people find themselves drinking ever more just to feel a buzz or unwind at the end of the day, then they are likely bordering on drinking too much or may even be struggling with alcoholism.

Drinking Too Much Often Results in Side Effects

Excessive consumption of alcohol can lead to a wide range of side effects. To start, there are health risks involved. Chronic hangovers can lead to dehydration and malnutrition. Some individuals who drink too much alcohol may lose or gain weight as a result of poor eating habits. It is also normal to feel depression or anxious, two common symptoms of alcohol consumption.

Side effects aren’t limited to physical symptoms, however. Some of the side effects that might accompany too much alcohol consumption can include the following:

Drinking More Than Was Planned

A sign of a problem with alcohol and an indicator of drinking far too much, can be seen when it comes to plans for consumption. Individuals who plan to have just one drink but then have four or five, may be struggling with addiction. Those who can set limits or skip a night of drinking, however, may not necessarily have the same struggles.

Drinking Too Much to Cope or Celebrate

The motivation behind alcohol consumption is an important part of the puzzle. Often, individuals turn to alcohol because of strong emotions. For instance, people might drink too much because they are stressed at work, because they are fighting with a loved one or because they have financial troubles. Conversely, it can be a problem if good things in life are only celebrated with the consumption of alcohol.

If you’re worried about drinking too much, then a Florida alcohol detox may be the answer. At Serenity House Detox & Recovery, we can help get you back on track toward health and sobriety. Call 866-294-5306 to start your journey to recovery today.