What Exactly is a Drug Abuse Definition?

The drug abuse definition is actually pretty concise, and most regular use of any addictive substance is abuse. The dictionary defines drug abuse as the habitual use of any addictive or illegal drugs, but this definition can change. When it comes to the abuse of prescription medications and alcohol, it’s important to know the signs. Due to the brain’s pleasure and reward system, drug abuse is the first step towards a full-blown addiction. 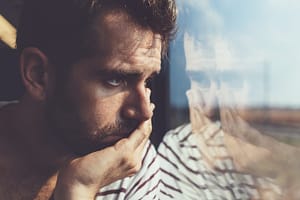 It’s much easier to spot a drug abuse definition when someone is using an illegal drug for any variety of reasons. From a young age, most people learn which drugs are illegal and can get you in trouble with the law. Many people at a young age are likely to experiment with illegal drugs, but they see it as a normal right of passage. To an extent, it’s normal for people to try an illegal drug in their lifetime, but abuse is much different.

Some of the most commonly abused illegal substances include:

There are many contentious arguments about which substances are addictive, but the reality is that anything can be habit-forming and lead to dependence. Even when marijuana is used habitually, the brain can develop a psychological dependence to it. This type of dependence and ultimate abuse develops when a person is regularly using any substance. For example, if someone uses cocaine every time they drink alcohol, this is drug abuse.

The three most addictive medications include the following:

As soon as someone begins taking his or her medication in ways other than what’s on the bottle’s instructions, it’s abuse. Doctors give the prescription to people with a specific dosage based on symptoms of pain or mental illness. When a person begins taking more than what the prescription says, it’s abuse of the medication. Abuse can also come in the form of mixing the medication with alcohol or other substances to increase the effect.

Getting Help for Drug Abuse

Serenity House Detox & Recovery is here to help you when you’ve developed a psychological and physical dependence. If you’re still in the substance abuse phase and are not at the later stages of addiction, it’s easier to quit. Addiction is a progressive disease, and you have the opportunity to quit before it’s too late. You can call us today for more information on how to live a better life, addiction-free. Call 866-294-5306.