When discussing substance abuse, two terms stand out–physical and psychological dependence. Although they interconnect, they’re two separate conditions that people with a drug problem experience. At detox centers, experts help those struggling with addiction to overcome the physical aspect. They also introduce some recovery therapies that help with the psychological issues.

No, You’re Not Weak-Willed

When people talk about the psychological dependence on drugs, they frequently make the mistake of associating it with a lack of willpower. That simply is not the case. Science has proven that physical and mental dependence on any substance is complex. It commonly results from a combination of genetic factors, social learning, and availability of the drug.

A Closer Look at Psychological Dependence 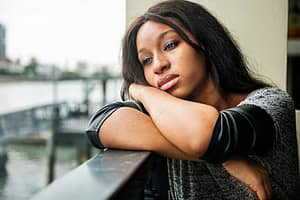 At the onset, choosing to use a drug is a voluntary act. Whether someone wants to find out what it feels like or just be “one of the guys,” the first dose typically results from a decision. But from there, paths vary.

Can You Cure a Psychological Dependence on Drugs?

Because therapists and medical professionals accept that a drug use disorder is a disease, they had to categorize it. At this time, a substance abuse problem falls under the category of a chronic illness. Much like asthma or diabetes, there is no cure. That said, you can treat the condition much as you would any other chronic disease.

Experts refer to the long-term rehab treatment as recovery. Comparing it to a journey, it starts with detoxification. Detox is a short-term process that helps break the chains of a physical addiction to a substance. From there, rehab helps the person struggling with drug use to overcome a psychological dependence.

When you want to overcome addiction and recovery becomes your new focus in life, you succeed in leaving reliance on a drug behind. You once again have the choice of using a drug or not. Therapists and medical professionals will work very hard during the detox phase to ensure that you don’t feel compelled to go down that road again. Call Serenity House Detox & Recovery today by dialing 866-294-5306. This small step has the power to change your entire future – for the better!