Drug and alcohol overdose is an epidemic that can cause life-threatening results. Because of that, it requires immediate medical attention. Although some people don’t know the signs, they could help others survive if they learn more about drug overdose.

What Is a Drug Overdose? 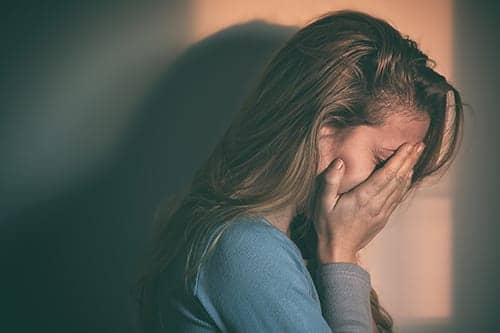 People suffer from an overdose when they take more of a drug than their bodies can process. The human body can only metabolize drugs so fast. The extra chemicals that it can’t process cause over-intoxication. In 2016, experts estimated that more than 64,000 people died from a drug overdose. Most people accidentally overdose because they intentionally or unintentionally misuse drugs. However, others do it on purpose to harm or kill themselves.

Numerous drugs can cause overdose, including alcohol, illegal drugs, prescriptions and over-the-counter meds. Below are a few drugs and the overdose symptoms they cause.

When too much alcohol enters the bloodstream, it magnifies the effects of the drug according to blood alcohol content (BAC). It impairs people’s attention, coordination, reaction time, memory and speech. It also leads to poor decisions, blackouts, and amnesia. With excessive BAC levels, people become confused, turn pale or bluish, and have a low temperature. These are signs of alcohol poisoning and the beginning of the brain shutting down. They can also have irregular breathing, seizures and go into a coma. These symptoms can lead to permanent brain damage or death. In addition, an alcohol overdose can be fatal as people sleep. Since it reduces reaction time, it can hinder their gag reflex if they vomit. Choking on the vomit may lead to permanent brain damage or death because breathing may stop.

Heroin and opioids are some of the most commonly abused drugs, and they cause thousands of overdoses. Although these drugs have similar effects on the body, they can cause varied overdose symptoms. People who overdose on heroin tend to have dry mouth, discolored tongues, intestinal spasms and uncontrolled muscle movements. They can also appear drowsy, have low blood pressure and constipation. Immediate medical attention is needed when they have trouble breathing, become delirious or have a weak pulse. A heroin overdose may lead to coma or death as well. Opioids are slightly different during an overdose. They cause a change in heart rate, nausea, and vomiting. People can also have slow breathing, loss of alertness and confusion. Coma and death are also risks.

There are several treatment methods for drug overdose depending on the substance used. Some examples include stomach pumping, activated charcoal, and sedatives. For heroin and opioid overdoses, immediate naloxone administration can reverse the problem or prevent further harm.

The above symptoms certainly don’t paint a good picture for substance abuse and overdose. If you have a drug problem, get help at Serenity House Detox & Recovery before you take too much or develop physical dependence. We offer a range of detox programs, including:

At Serenity House Detox & Recovery, we want to improve your physical and emotional well-being as well as offer detox for your drug problem. We offer both evidence-based and holistic treatments to achieve that goal. Our therapies include cognitive behavioral therapy and dual diagnosis treatment for co-occurring disorders. We also provide chiropractic and meditation therapy to supplement our programs. Don’t wait for drugs to destroy your life before you get treatment. Let us show you how to live healthier and happier. Reach out to Serenity House Detox & Recovery today at 866-294-5306.