Is the Trump War on Drugs Helping Addicts?

The Trump Administration has spoken out about America’s drug abuse crisis. But will the Trump war on drugs offer a workable solution? How does the Administration envision a practical approach? What do critics say?

The Trump War on Drugs is Part of the Budget Bill 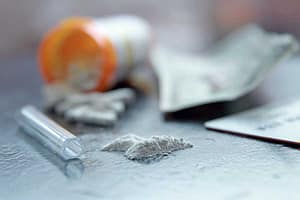 The President’s Budget lists some priorities. Among them is a commitment to combat opioid addiction. Lawmakers on both sides of the aisle agree that the opioid crisis needs immediate attention. Therefore, the Administration decided to declare the opioid crisis a public health emergency.

Funding for dealing with the drug problem comes in some different ways. The Administration cites the influx of illegal drugs from the Southwest border. For this reason, Trump seeks $18 billion to pay for a border wall.

Another $1 billion would benefit the Department of Health and Human Services. Its goal is to prevent opioid abuse and provide recovery support. Other funding includes $50 million for anti-drug campaigns. A further $50 million will benefit overdose-reversal drugs.

It’s interesting to note that the budget also provides funding for typically underserved populations. Examples include $45 million for American Indian communities and Alaska Natives. There are also $65 million for rural communities. The Administration believes that targeting high-risk populations can help reverse the deadly trend of opioid abuse.

What Critics Say About the Plan

Critics, predictably, take issue with the Trump war on drugs. A press release by the Drug Policy Alliance takes the budget to task. Critics fear that there’s too much emphasis on drug enforcement. But they say it doesn’t go far enough on treatment.

They also question the necessity of a border wall. Many believe it’s playing politics with a health crisis. Critics further don’t agree with media campaign funding. They say that past campaigns didn’t act as deterrents.

The Chicago Tribune refers to the Trump war on drugs as “chaotic.” It points to the continual upset of the Administration’s key players that fails to fill open positions. There’s the suggestion that opioid cabinet positions populate with political friends rather than more qualified outsiders.

Where Does This Leave You?

You’re struggling with drug addiction. You don’t have the time or inclination to watch the Administration and its critics slug it out. You need help, and you need it now. What should you do?

Seek out the best detox you can find. It’s the first step on the road to recovery. You don’t have to keep suffering from an addiction.

If you’re dealing with addiction today, don’t wait for the Trump war on drugs to work things out. Get help now. Don’t become a fatality statistic. The therapists at Serenity House Detox & Recovery want to help you heal. Dial 866-294-5306 today for immediate assistance.