How Heroin Addiction Moved from City to Country

America’s suburbs and rural towns are being hit harder than ever before by heroin abuse. The demographic of the average heroin user is also changing dramatically.

Heroin addiction was typically found only in the cities, and furthermore, only in the poorest neighborhoods of those cities during the 1960s and 1970s. Today, heroin addiction can be found everywhere from small-town Wyoming to the suburbs of California. 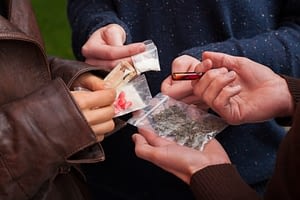 The changing demographic of heroin users reflects the new ways the drug is abused. While some people may call marijuana a gateway drug, in reality, the worst gateway drugs are prescribed by your doctor.

OxyContin, Vicodin, and Percocet are all prescription opiate painkillers that can lead to serious opioid addiction. Since these addictions can arise from legitimate medical prescriptions, addiction experts are finding that many users come from middle and upper-middle-class families who can afford to go to the doctor and paying for prescription drugs.

Who is Responsible for Opiate Addiction?

In the past, heroin was the first opiate users would try. Today they overwhelmingly use prescription painkillers first. In a situation that some are calling, “doctor-sanctioned dependence,” prescription drugs are regularly over-prescribed.

But is this problem really the fault of the doctors? Olga Khazan reporting for The Atlantic makes a strong argument that pharmaceutical companies’ relentless marketing may be more to blame. While sales reps are given huge bonuses for pushing the drugs, medical research on those drugs has been in short supply, or at the very least, biased in the drugs’ favor.

The history of heroin addiction is clear. Prescription drugs created a robust demand for opiates. The government reacted by tightening restrictions on those drugs. Dealers needed a new supply of the drug. Enter Mexican heroin. This new form of heroin was highly pure, cheap, and in large supply.

With an abundant supply, distribution of the drug to every corner of the United States was seemingly inevitable.

Drug dealers can’t advertise their product, so selling drugs works best when selling to a pre-existing base of users. The shift from prescription drugs to heroin happened rapidly when users realized that heroin provided a better high than prescription pills and cost 6–8 times less.

The final tragic element is the fact that the new supply of Mexican heroin is purer than anything seen in the past. This level of purity means the drug doesn’t have to be injected. Instead, many users snort or smoke the drug.

With heroin abuse at an unprecedented level and with no signs of growth slowing anytime soon, the government needs to step up to the plate. The US war on drugs has tried and failed to control the supply and distribution of drugs for the last 50 years. Today, new measures should be taken to curb the abuse of opiates.

For anyone who already struggles with heroin abuse or addiction to opiates, professional treatment is the best option. Cold turkey detox is very dangerous. It puts and can put your recovery at risk. Serenity House Detox offers everything you need to start a healthy and successful recovery. Learn more about insurance verification and pricing here, and put addiction in your past.