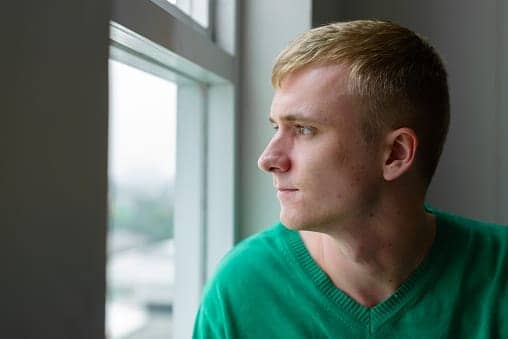 Teen drug abuse is a growing problem in the United States. It can cause issues both now and when teens reach adulthood. Reports show that teens who use drugs at an early age are much more likely to abuse drugs when they get older. This is one reason why young adult detox is so important.

Here is information on drug abuse in teens and how early drug use affects them as they become older. Also learn why adults who used drugs as teens may need to seek help at a detox facility.

In December 2016, nearly 35 percent of high school seniors admitted to drinking alcohol. Teens who start drinking early are also likely to develop substance abuse problems later. Those who abuse drugs are more likely to need professional help when they reach adulthood. Some studies suggest this happens because of the chemical imbalance that drugs cause in a young brain that is not fully developed.

How to Spot Teen Drug Abuse

It’s impossible for parents to be with their teens all the time. Teens often get themselves into situations where there may be drugs. If worried about teen drug abuse, there are a few warning signs that parents should look for. Teens who have a drug abuse problem may:

Why Some Teens Can Stop Doing Drugs While Others Cannot

This is a question that researchers have been trying to answer for years. While there’s no definite answer, most believe that this is because of the chemical imbalance that drugs cause. Drugs typically affect the learning, judgment, memory and decision making skills of teens. To understand why, it’s important to understand how drugs work.

Drugs block or increase the flow of activity between neurotransmitters in the brain. When they block activity, the neurotransmitters work overtime to get out their signals. This increases activity and is what causes the high or euphoric-like state that users experience.

Prolonged exposure to drugs often causes neurotransmitters to burn out. This throws off the whole chemical balance of the brain. Since everyone is different, some teens can stop before this happens. Other times, the addiction is too strong, and they continue using until their brain suffers permanent damage.

The changes in chemical activity also may cause addiction later in life. Adults who did drugs as teens and had parts of their underdeveloped brains compromised may need to seek help because of continuing drug abuse. Withdrawing from their drug of choice may be painful, and detox clinics help monitor and relieve the symptoms.

The Most Common Types of Drugs That Teens Abuse

When looking at teen drug abuse, there are a few drugs that come up more often than others. While the most popular drug of choice that teens abuse changes almost yearly, research suggests that a few remain in high use. These drugs include:

Keep in mind that multiple drugs can fit into some of the categories mentioned in the above list. For example, stimulants includes drugs such as cocaine and amphetamines. Narcotics include drugs such as heroin, morphine and codeine. Inhalants include huffing items such as ammonia or gasoline.

To make it even harder for parents to keep up with, many of these drugs have different names. Depressants sometimes go by the street names downers, roofies, reds or yellow jackets. Street names for marijuana include herb, pot, weed and Mary Jane.

Symptoms of Drug Abuse in Teens

Sometimes spotting the signs of drug abuse in teens is hard. It’s usually easier to spot the symptoms, and each drug has its own. Keep in mind, however, that the symptoms of some drugs are the same as others.

For example, the symptoms of use of cold medicines are sleepiness and either a slow or fast heartbeat. Narcotics also causes sleepiness, but other symptoms usually include excessive happiness or the inability to feel pain. While some of symptoms overlap, looking at the bigger picture of symptoms helps to narrow down the drug.

Inhalants are sometimes hard to spot because the most common symptom is a runny nose. However, other signs are also the smell of gas on the person if they’re huffing gasoline. People who use inhalants suffer confusion and irritability as well.

Stimulants have many of the same side effects of narcotics, minus the sleepiness. However, sometimes they cause seizures or paranoia. Seizures are serious and require medical attention right away.

Get the Help You Need at Serenity House Detox & Recovery

At Serenity House Detox & Recovery at one of our two locations in Florida, we provide clients with the help they need during detox. Our expert staff has experience helping young adults and any other age group with a drug problem. Some of the addiction detox programs that we provide include:

We are also proud to offer state-of-the-art detox services that aren’t available at all clinics. For example, we offer chiropractic care to help with the pain that clients feel during detox. We also offer meditation groups and one-on-one therapy sessions.

Contact Serenity House Detox & Recovery today for more information on our detox programs for adults, young and older. Don’t let drug abuse rule your life or the life of a loved one any longer. Call us today at 866-294-5306 to speak to one of our experts.