Meth Use in NYC Skyrocketing

Law enforcement has seized growing amounts of methamphetamine in New York City, prompting officials to believe that Mexican drug cartels are hoping to expand the market for the drug, and with it, meth use for New Yorkers and beyond.

One recent seizure of 25 kilos of meth near the Holland tunnel has caught the attention of authorities. That one shipment was far greater than all of the meth seized in the city in 2012, in which only six kilos of the drug were seized. 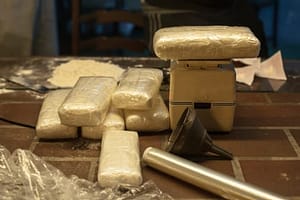 Meth Use Increasing Despite Large Quantities Being Seized in NYC

Officials have seen an increase in meth seized in New York City every year since 2013. However, rehab intakes for meth abuse have remained steady. This has caused some law enforcement officials to believe the market for meth is still relatively small, even if there is more of the drug in the city.

Meth use has mostly remained static in the city. Unlike cocaine or ecstasy, methamphetamine has never really caught on in New York City. Even at the height of its popularity, meth was only popular in some sub-cultures, such as the gay men’s night club scene.

However, with prices low and supplies high, the drug could eventually prove appealing, especially to those in poor neighborhoods. Just as crack use skyrocketed in the 1980’s, meth could gain a foothold. Overall levels of illicit drug use remains static, but the preferences of the market change.

Heroin is currently the drug of choice for residents of New York and other Northeast communities. In some states, heroin overdoses have filled local morgues to capacity. Heroin overdoses in New York’s neighbor state Vermont have skyrocketed, causing Governor of Vermont Peter Shumlin to devote his entire State of the State Message to drug abuse.

Law enforcement officials now have to content with a flood of drugs that most likely can’t be abated. From heroin use, to meth use, to marijuana use, a new drug always comes up and a new way of getting it to market is always found, making drug use hard to combat.

But that doesn’t mean that substance abuse has to control people’s lives forever. Addiction treatment is more effective than ever before. Now that the Affordable Care Act has opened the door for insurance coverage of rehab, many families who couldn’t afford treatment for their loved one may now be able to.

Serenity House Detox & Recovery provides advanced addiction medicine for meth use in the serene environment of the South Florida coast. Learn today about how meth detox can help you safely and comfortably get off drugs and move on to a successful life without addiction. Call 866-294-5306.