A Columbia University student was arrested on charges related to an alleged drug-dealing operation on campus, and it appears the student left a strange trail of evidence to incriminate himself.

Columbia sophomore Michael Getzler was arrested on April 2 on felony drug possession charges. However, the unusual series of events leading up to his arrest is what has drawn attention. 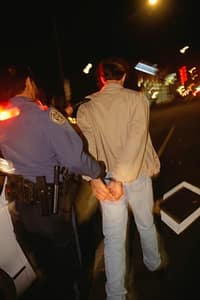 On April 1, an anonymous op-ed piece was published in the Columbia Spectator, the student newspaper for Columbia University. In the piece, the author describes the life of a college campus drug dealer, saying “a large portion of all the fun [on campus is] thanks to me.”

The piece had a somewhat arrogant tone. It takes responsibility for the majority of drug transactions on campus and even tells parents not to worry because, “your kids’ drug dealer is looking out for them!”

However, at the end of the piece the dealer claimed he would stop dealing drugs after a coming campus event, a concert known as Bacchanal. The author claimed he would be a “top target” for law enforcement if he continued to deal drugs.

“The stress is no longer worth it. I feel as if every policeman or Public Safety officer I walk by is sizing me up, and my network is scarily large at this point,” the author wrote.

The day after the piece was published, Getzler was arrested and drugs were found in his dorm room.

While no news outlets have been able to verify if Getzler was actually the author of the piece, the Columbia’s online community seems to think he was. A satirical piece was later published in the Columbia Spectator that connected the anonymous op-ed and Getzler’s arrest. Adding to the case for Getzler’s authorship is the fact that he’s an English major and had previously worked for the paper as an editor.

Student is Believed to have used Venmo for Drug Transactions

In addition to what appears to be Getzler’s attempt at an anonymous confession through the school newspaper, he also conducted suspicious transactions on the smartphone app Venmo that appear to be related to drug transactions.

Students of Columbia told Capital New York that Getzler would allow Venmo payments for drugs only if the buyer wrote a funny note as a description for the purchase. Most of these descriptions appear to be thinly-veiled drug references, such as “Snoop Dogg’s Shizzle.” (Snoop Dogg famously supports and uses marijuana.)

While many parents may feel relief that one potential drug dealer is off the campus, the demand for drugs on Columbia’s campus is not likely to diminish. College drug use continues to be a major problem across the country. For some students, college becomes less of a time for learning and more of a time to party.

However, it doesn’t have to be this way. Drug detox can help your college-aged loved one get clean and get back to starting a positive and productive adult life. Check out Serenity House Detox & Recovery’s young adult detox program in sunny South Florida today. To learn more about our detox programs, give us a call at 866-294-5306.