Is Alcohol a Depressant?

Your friends have a drink. They become more talkative and gestures become animated. They’re up for a night on the town. However, after a few more drinks, actions seem to slow down– is alcohol a depressant after all?

Stimulant drugs affect the body by flooding it with energy through the artificial release of dopamine. Examples of drugs falling into this category include cocaine and methamphetamines. Depressants act as sedatives. They fall under the same category as opiates and barbiturates.

When is Alcohol a Depressant? 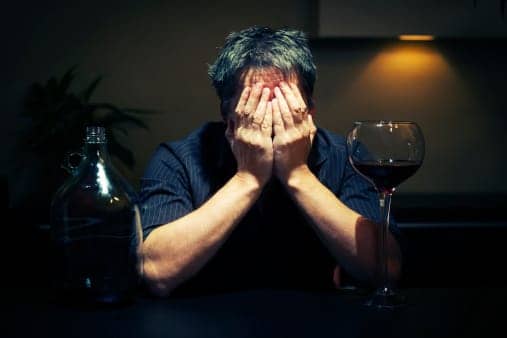 It is interesting to note that alcohol can act as a stimulant initially. After a drink or two, someone may lose some inhibitions and becomes more sociable. In fact, alcohol acts on the part of the brain that controls self-consciousness or reserve. It “depresses” it by interrupting gamma-Aminobutyric acid neurotransmitters.

These substances directly affect the central nervous system. For this reason, ingesting one or two drinks may result in a light buzz that appears as though it stimulates the body. When the drinker reaches the tipping point, the excess alcohol shows its real depressant qualities.

So, is alcohol a depressant? Brain scans prove that it represses the functioning of the prefrontal cortex, which governs decision-making. By affecting the central nervous system as a sedative, it allows for the performance of actions that someone – when not under the influence of the drug – would never consider.

Because the initial effect of alcohol is the gradual decrease of inhibitions, which many find pleasurable, it’s not surprising that the substance is so addictive. Even those who feel embarrassed by the ways they act after drinking too much will usually return for another round of drinks on another day.

If the scenario above fits you or the people around you, knowing the answer to is alcohol a depressant is really not enough. That’s problem drinking, maybe even an alcohol addiction and it should be addressed. The way to start your sobriety is with a detox program. You need to get away from friends who drink, the pressure of home and relax in the care of experts. Luckily, there are Florida detox programs that can help you. Serenity House Detox & Recovery is a leader in addiction treatment in southern Florida. Along with a safe, medically supervised alcohol detox program, we offer detox center services for the following substances:

We’ve answered the question when is alcohol a depressant. We’ve also shown that its effects, at first, mimic those of a stimulant. This latter quality makes it so easy to become addicted to the original effects. However, you can stop chasing the destructive illusion of a euphoric high today. Not only can we help you kick the alcohol habit, but we can also help you figure out how to pay for detox and rehab. Contact Serenity House Detox & Recovery addiction experts to help you with the insurance verification process. Undergoing an alcohol detox program with Serenity House Detox & Recovery’ medical experts creates a solid foundation for your recovery. Dial 866-294-5306 to kick the habit for good