Researchers at the University of California Los Angeles have found that the drug naltrexone is helpful in combating cravings in recovering meth abusers.

This is the first drug to show promise for beating meth addiction in clinical trials, and could mean a major step forward in the treatment of meth dependence. 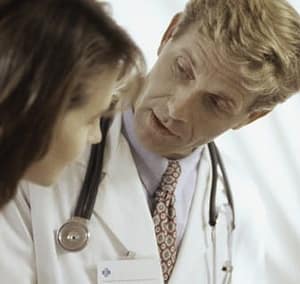 Researchers studied 30 frequent methamphetamine users (22 men, 8 women) in the laboratory. The group was divided in half, with one group receiving an increasing dose of naltrexone and the other group receiving placebo for four days each.

At the end of the study, the participants were each injected with methamphetamine to see how they responded. Those who had been given the naltrexone had less pleasurable experiences with the meth and were less likely to want more of the drug. These participants also had lower pulse readings and heart rates than the placebo group.

The lead author of the study Lara Ray said, “the results were about as good as you could hope for.”

FDA Hasn’t Approved Any Drug for Meth Cravings and Addiction

If naltrexone sounds familiar, that’s probably because it’s the drug most commonly used to help people fight alcoholism or detox from opiate addiction. Naltrexone has been on the market since 1994 as an effective opiate blocker. It helps people fight cravings for addictive substances while reducing the pleasure felt from using those substances.

Methamphetamine users have had fewer treatment options than opiate or alcohol abusers, primarily because there have been no drugs approved for the use of fighting meth addiction. This may be one reason why meth is considered such a difficult addiction to recover from.

Scientists have attempted to develop a methamphetamine vaccine that would make it impossible for people to get high on meth. However, the exact method for creating this vaccine has so far eluded scientists. An effective treatment for meth addiction of this magnitude may still be several years away.

Don’t Wait for the World to Change: Start Treatment Today

Waiting for the world to change is no way to beat addiction. If you struggle to control your meth use, taking action now provides a better path to sobriety than waiting for new treatments. Professional meth addiction treatment starts with quality medical detox. Come to Serenity House Detox & Recovery to see how amazing life after addiction can really be.