Can You Drink at All During Pregnancy? 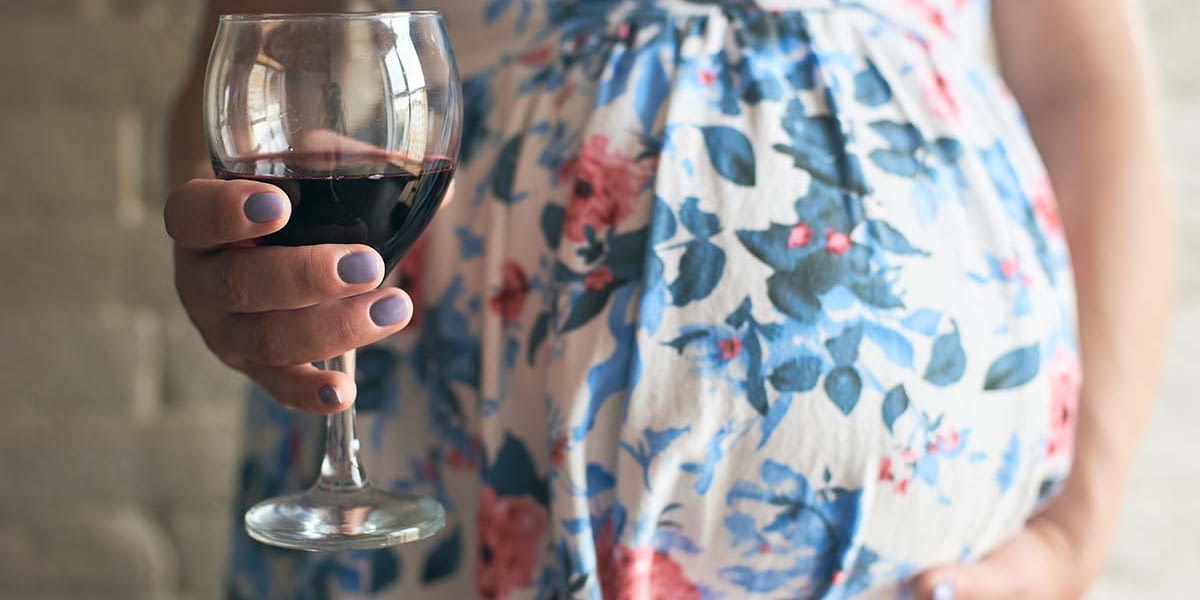 Adjusting what you eat and drink during pregnancy is an essential part of prenatal care. But it isn’t always clear exactly what those adjustments should be. Many women wonder about drinking wine while pregnant. The fact is, the CDC states there is no known amount of alcohol that is safe to drink while pregnant. Alcohol can cause problems at any time during a baby’s development, even before a woman realizes she’s pregnant.

Call Serenity House Detox at 866.294.5306 if you are finding excuses to drink wine while pregnant. The consequences to your child could be severe and life-altering.

The Dangers of Drinking While Pregnant

It doesn’t matter if it comes from wine, beer, or hard liquor. Every type of alcohol passes from the mother’s blood through the umbilical cord and reaches the baby. And all kinds of alcoholic drinks are equally dangerous to the health of a growing fetus. A range of fetal alcohol spectrum disorders (FASDs) can result from ingesting even small amounts of wine or beer during pregnancy.

In addition to miscarriage and stillbirth, FASDs can manifest in the following ways:

The real tragedy about FASDs is that they are completely preventable. If a woman avoids drinking alcohol during pregnancy, there is zero chance her child will be born with FASD.

What About Drinking Wine While Pregnant?

Much of the information about drinking during pregnancy focuses on excessive drinking. Reports even say that some OBs tell their patients that drinking wine while pregnant is OK if it’s just a random glass here and there. That’s because, the doctors explain, the amount of alcohol the baby would receive (if any) would be limited. That may leave a gray area for some women when it comes to occasional drinking.

It may be true that you have the most excellent chance of harming your baby by consuming excessive amounts of alcohol over many months. However, the American Pregnancy Association, the American College of Obstetricians and Gynecologists, and the American Academy of Pediatrics note that no beer or wine is deemed safe to consume during pregnancy and should be avoided.

It is also worth considering that alcoholic drinks offer no benefit to your baby. Why take the risk? If you are concerned about your level of alcohol consumption during pregnancy, consult with your health care provider right away.

Is It Ever Safe to Drink Alcohol During Pregnancy?

It is never safe to drink alcohol during pregnancy. Every step of a baby’s development inside the uterus is vulnerable. During the first three months of pregnancy, your baby’s facial features, limbs, and spinal cord are developing. Drinking alcohol at this stage could cause the formation of abnormal facial features and affect the growth of limbs, as well as the central nervous system.

All throughout the pregnancy, the brain and central nervous system are growing. Drinking alcohol can cause brain development issues or behavioral problems.

If you are drinking while pregnant, it is never too late to quit. Stopping now may prevent or minimize complications and make the future better for your baby and yourself.

Drinking alcohol while pregnant is dangerous and potentially even fatal to your baby. It is possible to stop drinking safely and protect your child, even if you have a substance use disorder. Call Serenity House Detox at 866.294.5306 if you have concerns about your drinking or that of a loved one.

What Are the Long-Term Effects of Pill Addiction?
September 10, 2021

Is it Possible to be Addicted to Cannabis?
September 9, 2021