What are the Adderall Side Effects?

The drug Adderall is a brand-name amphetamine commonly used in the treatment of ADHD and depression. Adderall stimulates neurotransmitters that cause alertness and energy, which allows users to feel a high similar to the one caused by cocaine. It is addictive and can cause dependence. Adderall side effects include appetite suppression, irritation, rapid heart rate and difficulty sleeping. 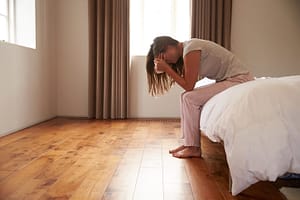 There are different types of Adderall side effects–short-term side effects and the long-term side effects that occur with regular use or abuse. Common major side effects include bladder pain, difficulty urinating, pounding or irregular heartbeat, lower back or side pain and a frequent need to urinate. Less common symptoms include fever or chills, cough or hoarse voice and flu-like symptoms.

A feeling of euphoria is the primary reason why Adderall has become popular as a recreational drug. However, exaggerated negative effects happen once the drug has worn off. These withdrawal symptoms include:

Despite its legality and legitimate use as treatment for ADHD and depression, Adderall is recognized for having a high abuse potential. Recreational users often combine it with alcohol, which results in several other risky complications. Both substances dehydrate and Adderall may disguise the effects of too much alcohol, which can lead to alcohol poisoning. Furthermore, alcohol is a depressant, which may exacerbate the withdrawal symptoms of Adderall.

People who use heavy amounts of Adderall over a long period of time may end up experiencing a variety of negative side effects. These include, but are not limited to: mood swings, suicidal thoughts, panic attacks, aggression, lack of motivation, headaches, anxiety and hallucinations. This is due to the brain’s natural dopamine production being halted and the resulting crashes after Adderall use becoming more severe.

Adderall withdrawal causes a number of uncomfortable symptoms as previously mentioned, but it also causes strong cravings for the drug. The longer you use Adderall, and especially if you use a lot, the worse this withdrawal period will be. Fortunately, you can get help by attending medical detox at a facility such as Serenity House Detox & Recovery in Florida. At Serenity House Detox & Recovery, you can expect:

Don’t attempt to deal with Adderall addiction on your own. Instead, seek help for an addiction with Adderall detox at Serenity House Detox & Recovery. Addiction doesn’t have to control your life. Call 866-294-5306 for a clean, new start to a life without addiction. We have a detox program to help you start your personal path to recovery.