Drug and Alcohol Detox For Residents of Wellington, Florida(FL)

Young people in Florida are experimenting with drugs and alcohol at a much higher rate than ever before. It’s typical to think that the youth of Wellington, FL, as well as the rest of the state of Florida, may try these substances at some point, but many young people don’t realize that they’re at a great risk of becoming addicted.

The Dangers of Addiction for People in Wellington

Young people in Wellington, FL, are much more likely to become addicted and dependent to drugs or alcohol because their minds aren’t fully developed. Although the youth of Wellington, FL, are one of the highest risk groups, it’s been found that many people in their 50s and 60s throughout Florida are becoming addicted as well. More and more baby boomers in Wellington, as well as the rest of the state, are becoming addicted to prescription opiates and even heroin, and there’s a great need for drug and alcohol detox as well as addiction treatment. 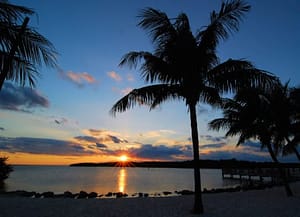 The highest level of care for individuals trying to overcome their addiction is a drug and alcohol detox. People don’t realize all of the physical and mental side effects of long-term drug and alcohol abuse, so they are often unaware of how dangerous the symptoms of withdrawal can actually be. Although people may think they don’t need the help of a drug and alcohol detox at an addiction treatment center, it’s the crucial first step of recovery. It’s important that individuals are as safe and comfortable as possible so they can have a strong foundation when they’re beginning addiction treatment.

Recovering addicts will be given medications at a drug and alcohol detox center that are specifically designed to help minimize the symptoms of withdrawal by essentially tricking the brain. Medications like Suboxone occupy the space in the brain that was previously occupied by opiates or other substances, so the body believes the person is still drinking or using. By reducing the symptoms of withdrawal, people are far less likely to relapse, which can help them transition into another type of rehabilitation program to learn how to never drink or use again if they don’t want to.

It’s time to reclaim your life in Wellington. Call Serenity House Detox & Recovery today at 1.866.396.4129 and begin your journey to sobriety.