There is a popular but incorrect belief that the best time to seek treatment for alcoholism is after hitting the so-called rock bottom. In reality, waiting until then only strengthens the addiction and increases the risks to health and happiness. Knowing how to spot the early signs of alcoholism can help prospective patients, as well as their loved ones, get help sooner and attend an alcoholism detox. 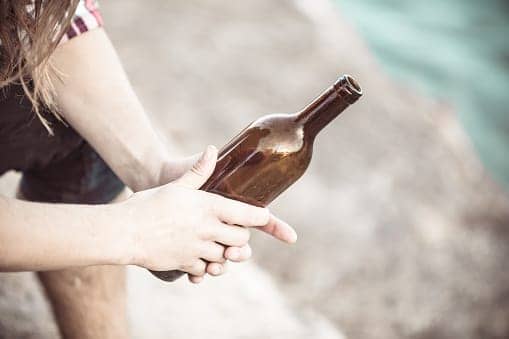 Perhaps the biggest and most obvious early sign of alcoholism is when consumption of alcohol interferes with personal responsibilities. As a one-off event, this may simply be the result of a celebration or an unexpected night with friends. As a regular occurrence, however, alcohol consumption that regularly interferes with responsibilities could absolutely be a warning sign for alcoholism.

The responsibilities in question will vary among individuals. For a high school student, early development of alcoholism might be interfering with studying or academic performance. For a parent, alcoholism might cause difficulty raising children. In a professional environment, performance can suffer because of alcoholism, causing employees to miss deadlines.

Ultimately, any time that alcohol is causing individuals to skip or forget their responsibilities, then it is a problem. Often, it may also be one of the early signs of alcoholism.

A warning sign of alcoholism can be when alcohol consumption leads to risky behavior. Essentially, this means any actions that individuals wouldn’t take when sober, as well as those that can lead to serious consequences.

Risky behavior can mean different things to different people. However, some examples of risky behavior due to excessive alcohol consumption or addiction might include the following:

Drinking an Increasing Amount of Alcohol

Others Express Concern Over Early Signs of Alcoholism

When others start to notice problematic alcohol consumption or abuse, it can be a clear indicator of changes that might be for the worse. While some individuals who are struggling with alcoholism have trouble identifying and acknowledging a problem, it might be more visible to others. If friends, neighbors, colleagues or loved ones notice a problem, it is worth paying attention to.

Unfortunately, lying is often one of the early signs of alcoholism. It is common for those struggling with the development of an alcohol addiction to feel ashamed or embarrassed by their actions as well as their consumption. As a result, individuals might lie about how often they drink or how much they drink.

Inability to Find Pleasure Outside of Alcohol

Alcoholism is about more than just drinking a set amount of alcohol. It is also about being hyper-focused on alcohol and associating pleasure exclusively with alcohol.

When individuals begin to only have fun when there is alcohol present, or can’t imagine a day without consuming alcohol, alcoholism could be a factor. Addiction is a result of chemical changes to the brain The brain then that perceive things like pain and pleasure as tied to the consumption or abstinence of alcohol.

If you spot the early signs of alcoholism or any other drinking problem, then it is time to seek help. Call Serenity House Detox & Recovery at 866-294-5306 to begin the road to sobriety and lasting recovery.