Detox is a critical part of recovering from a drug addiction. Many patients, however, are worried about the symptoms of a drug withdrawal. It is true that some of these symptoms can be scary. That’s why it is so important to only detox in a safe, medically supervised facility. 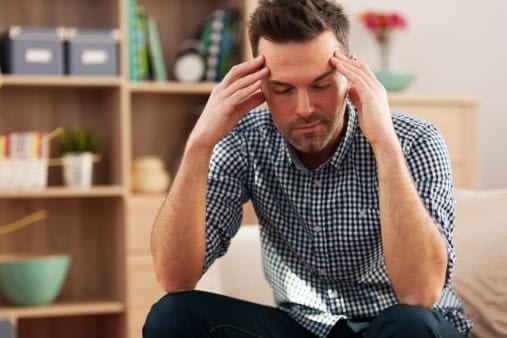 Withdrawing from drugs is stressful for the body. During withdrawal, that stress can be particularly noticeable on organs like the heart. On the less worrying side of the spectrum, some patients might notice an increase in heart rate, even when resting.

More seriously, it is possible for patients in withdrawal to suffer from heart failure. In a few cases, heart attack or even a stroke is possible. It is vital that anyone displaying symptoms of heart conditions have the right medical treatment while in detox. Medical professionals can carefully monitor at-risk patients to ensure that any risk is minimized throughout detox.

Seizures are Possible for Some Patients

Although rare, some patients in withdrawal suffer from seizures. Some seizures can be mild, but others are more severe. Severe episodes are called grand mal seizures and they can cause serious problems.

Grand mal seizures seem to occur in individuals with severe drug addictions. Fortunately, this is not a common side effect of withdrawal. However, a grand mal seizure can be fatal.

If a patient suffers from a seizure while alone at home, the results could be debilitating. At a medical detox facility monitored 24/7, professionals can immediately offer help. Administration of certain muscle relaxants can end even the most serious of seizures in seconds, potentially saving a life.

When most people think about the symptoms of withdrawal, it is the physical symptoms that come to mind. Don’t forget that drug withdrawal can also bring about psychological problems. As the brain relearns how to function without drugs, it can cause the worsening of existing mental health conditions. Sometimes, it can bring on temporary but worrying mental illness symptoms.

Depression and anxiety are very common symptoms of drug withdrawal. On their own, they may not seem particularly problematic. However, they can escalate quickly. Some patients even experience suicidal thoughts during detox.

Patients may also feel paranoid. This is a normal but rare reaction. Some individuals feel like they are being watched or punished in a detox environment. This is short-lived. However, patients need to be monitored and supervised so that they don’t hurt themselves or others.

Dehydration Can be Severe

In the grand scheme of drug withdrawal, dehydration might not seem like a very serious problem. Initially, it may not be. Eventually, dehydration can become severe, and it may lead to symptoms that include the following:

During withdrawal, patients may struggle with symptoms like diarrhea or extreme sweating. This, combined with a lack of appetite and thirst, may lead to dehydration. Medical professionals can combat any dehydration with electrolyte salts, medical grade beverages and even IVs with saline solutions if necessary.

Hallucinations are Possible in Withdrawal

Another rare but scary symptom of drug withdrawal is the chance of hallucinations. These visions can appear unexpectedly, and they can be very disorienting for patients. Typically, they appear around 72 hours into detox.

Medical staff in a detox facility can swiftly ensure that patients are cared for in this situation. This is critical in preventing any unwanted actions during such a trying time.

It is true that some of the symptoms of drug withdrawal can be scary. That’s why it is so important to do a drug detox in a high-quality facility like Serenity House Detox. Call 866-294-5306 to begin your journey to sobriety today.