Chemical Dependency Treatment to Get Clean

People use a variety of terms when they talk about substance use and addiction. However, not all of these terms are interchangeable. Chemical dependency, for instance, isn’t the same as addiction. Learning more about it might help some people recognize that they need chemical dependency treatment in Florida. 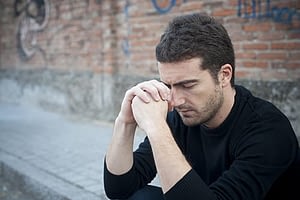 The definition of chemical dependency is a state in which people only function normally when they take drugs. The drugs disrupt the chemical balance in the brain, and the brain adapts. Meanwhile, the brain becomes more tolerant to the drugs and reliant on them to function.

Withdrawal symptoms manifest when people stop taking the drugs. The reason is that it throws off the new balance to which the brain has adapted. Although chemical dependency is often a sign of addiction, it can merely indicate substance abuse.

The method of substance abuse can increase the severity of the dependency. Swallowing a drug, for instance, causes less severe dependency than snorting or injecting it. It also takes longer for people to develop a dependence in this manner.

The specific chemical dependency treatment that’s right for one person might not be good for another. The level of care they need differs depending on several factors. Some of these include:

In general, however, chemical dependency treatment in Florida involves detox and rehab. These steps can occur during inpatient and outpatient settings depending on people’s needs. Inpatient detox requires them to stay at a treatment facility for the duration of care. Outpatient care allows them to get daily or weekly care at the facility and then return home.

The first step in chemical dependency treatment in Florida is removing the drugs from the body. Detox is the process through which the body naturally eliminates toxins. It requires people to stop using the drugs on which they’re dependent.

However, withdrawal symptoms are often the result. Since the symptoms of withdrawal vary in type and severity, the safest way to quit drugs is to get medical detox.

For example, cocaine and meth build tolerance and dependency quicker than other substances. Cocaine withdrawal usually causes poor concentration, fatigue, anxiety, and depression. Some people suffer paranoia too. The symptoms manifest rather quickly and can last for one to three weeks depending on the person.

Benzodiazepine and alcohol dependence develop slower, typically over the course of months to years. It can take more than a few days or weeks to overcome the immediate withdrawal symptoms as well. Some examples include trouble sleeping, fatigue, anxiety, and depression. In addition, minor symptoms could linger for months afterward.

Since it’s difficult to predict the symptoms that people will have precisely, inpatient detox is the ideal solution. It provides 24-hour monitoring and treatment of symptoms. The doctors and nurses track vital signs to prevent complications, too.

When people are stable enough, chemical dependency treatment advances to therapy. As part of detox, counseling helps them build a strong foundation for rehab. They become acquainted with how therapy sessions work and begin to learn more about their dependency. Addiction counseling also gives them early insight into what they must do to overcome it.

Completing rehab is the next step in chemical dependency treatment in Florida. It involves using more therapies to build upon the care received during detox. They learn how to make changes in their lives and develop coping skills to avoid relapse.

Do you need a medical drug detox program for chemical dependency? Serenity House Detox offers several programs that include chemical dependency treatment. Our goal is to help you through withdrawal with proper medical detox. We even provide gender-specific programs to address your unique needs.

The team at Serenity House Detox also strives to prepare you for the road of recovery ahead. That’s why we use a range of therapy and counseling strategies, including: