Alcoholism is A Disease

Alcoholism is something that thousands of people struggle with and die from each year. There are a lot of questions, debates and misconceptions that surround addiction as a whole. The lack of knowledge and education when it comes to addiction is why so many people never get help. Alcohol is such a regularly used substance that many people don’t know when they’ve lost control.

In the United States, the legal drinking age is 21, but many people try alcohol long before then. It’s a substance that’s served in every day in every city. All you have to do is go to your local store or restaurant and many varieties of alcohol are available. Just about any wedding, work party or social gathering one goes to, alcohol will be served. Alcohol’s abundance and social acceptance is one of the reasons why it’s so difficult to spot someone who has a problem.

The Early Stages of Drinking Evolving to Alcoholism 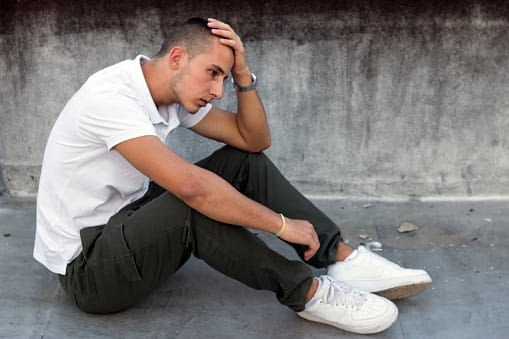 There are a few different types of people who drink alcohol, and not all of them have a problem. There are normal drinkers, hard drinkers and those who have become addicted. Many people don’t know how to recognize these varied types of drinkers, so alcoholism often goes undetected until it’s too late. Knowing the different types of drinkers and the symptoms of alcoholism will help you identify if you or your loved one has a problem.

It’s perfectly normal for people to drink at parties, to loosen up and have fun or come home and have a drink. Many people drink as a social lubricant as well to help deal with insecurities they may have. For others, it’s a great stress reliever. The average drinker is able to stop whenever they want. They can judge when they have had too many and they are aware of the potential consequences of drinking too much.

What Separates Hard Drinking from Alcoholism?

No matter how much or how often a hard drinker is drinking, they still have control. Someone who is classified as a hard drinker still maintains his or her power of choice in the situation. They may decide to quit when their work performance is lacking, or they begin to have legal troubles like a DUI. A hard drinker may also quit when they have medical issues or problems with their spouse.

Someone who is suffering from alcoholism can’t stop drinking no matter what his or her consequences have been. Even with the same problems that are presented to a hard drinker, an alcoholic drinker probably cannot stop. When they experience problems with friends, family, work and the law, they continue to drink. This type of person has lost the power of choice and need addiction help.

Learning About the Brain and Pleasure

In order to understand alcoholism, one must first understand how the pleasure system in the brain works. The part of the brain responsible for pleasure is referred to as the mid-brain, but some call it the “go system.” This is a crucial part of our survival mechanisms because it tells us to engage in activities that bring pleasure. This go system is primarily how we know when to eat or drink.

When the go system is stimulated, the body creates a flood of dopamine, which gives a person pleasure. Dopamine is a natural chemical, but it can be created in excess by use of drugs or alcohol. Dopamine is why some people use the slang term “dope” when referring to different types of drugs. As with anything pleasurable, there can be consequences, and that’s where the “stop system” comes in.

Basically, the stop system is there to tell the person, “Although you’re experiencing pleasure, there may be consequences.” This is the part of the brain that activates to tell you that you’re full and to stop eating. The stop system also tells most people who have been drinking when they should stop. Those with an alcohol addiction have a stop system that isn’t working properly.

Is Alcoholism a Disease?

Most people would tell you that the answer is, “No,” but it’s typically just an opinion. What classifies something as a disease is that an organ is affected by the symptoms, and it’s progressive. Studies from the NIDA and NIAAA, which are two government-funded organizations, have proved what’s going on. When someone is suffering from alcohol dependence, the brain isn’t functioning the way it should.

One of the tests these organizations have done is hooking people up to different pieces of equipment. The equipment monitors brain activity, and they tested this on average people as well as those who are addicted. Through these brain scans, one can clearly see that the prefrontal cortex in the addicted person is not functioning the same. Due to these findings categorizing addiction as a disease, people with an addiction are getting more help than ever before.

Addiction has been placed in the Diagnostic and Statistical Manual of Mental Disorders (DSM). The DSM is a book that’s created by the American Psychiatric Association for diagnosing legitimate mental disorders. Now that addiction has been placed in the DSM, the United States government has created laws to help people who are addicted. The Affordable Care Act requires all insurance companies to provide people with addiction treatment benefits as they would any other disease.

Is There a Cure for Addiction?

There is no known cure for addiction, much like there’s no cure for cancer or diabetes at this point in time. Addiction is much like cancer in the sense that it can go into remission, but there’s always a chance of it coming back. Believe it or not, people with an addiction have a much better chance of never relapsing than a cancer patient. The difference is that those with an addiction just have to work on changing their behaviors.

If you’ve realized you’ve lost the power of choice when it comes to alcohol, allow Serenity House Detox to help. We’re an alcohol detox center in Florida, and we have two locations. We’re here to help you understand more about the disease of addiction and see that there is a better way to live. If you’re ready to embark on the journey of recovery, give us a call. Here’s the number – 866-294-5306.