Clearing up Confusion about Schizophrenia vs Psychosis

When you decide to go through drug or alcohol detox for a better life in recovery, you know a long list of side effects are coming your way. These detox symptoms often include psychosis. At the same time, many people using drugs or alcohol also suffer a dual diagnosis disorder like depression, anxiety, PTSD or schizophrenia. So what type of detox do you need and what are the differences between schizophrenia vs psychosis? 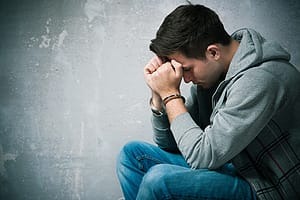 Psychosis is a sign of a bigger problem, such as drug abuse, withdrawal or an illness. People also suffer psychosis when they use certain medications, even under a doctor’s care. So psychosis occurs in other cases beyond just drug abuse, addiction or withdrawal. However, this side effect of withdrawal does happen for many people going through the detox process.

Psychosis occurs as a sign of schizophrenia, too. In fact, this side effect occurs for a range of mental and physical disorders. So having psychosis does not mean you suffer schizophrenia. But if you have schizophrenia, you do have psychosis.

Psychotic symptoms, together called psychosis, include:

Not all of these symptoms need to appear at once for psychosis to be present. But two almost always occur–hallucinations and delusions.

A range of mental health disorders include symptoms of psychosis. These mental illnesses include psychotic disorders like schizophrenia, mood disorders, and substance use disorders.

Besides some of the psychotic symptoms listed above, schizophrenia includes other signs. These include lost motivation, reduced emotional affect, reduced speech and low sense of pleasure. With schizophrenia, you suffer major struggles in living daily life because of your mental illness symptoms and the problems they cause.

If you suffer from schizophrenia, you need the best psychological disorders therapy Ft Lauderdale can give you. If you also suffer addiction along with your mental health problem of any kind, you need specialized care called dual diagnosis treatment.

Detox Help in Florida for Schizophrenia and Psychosis

In accredited detox treatment, having schizophrenia or psychosis symptoms means you need dual diagnosis care. You also need a range of other therapies and services, including:

In Fort Lauderdale and Jupiter, Florida, you receive all of these therapies and other vital services for your best chance of long-term sobriety. This accredited treatment takes place at Serenity House Detox & Recovery. Call us now at 866-294-5306 for more information about schizophrenia vs psychosis and what to expect from quality detox treatment.