Recent deaths have caused a stir in Colorado, and some say marijuana candies have been to blame.

The most recent death involved a 23-year-old man from Oklahoma who took his own life while on a ski vacation in Colorado. 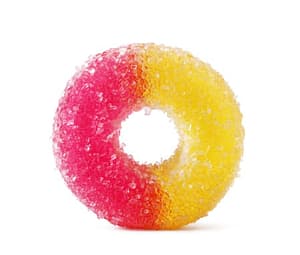 Luke Goodman was a college graduate whose family said had everything going for him. He was described as being well-adjusted and the “happiest guy in the world.” Then, on a family ski trip in Colorado, Goodman decided to try marijuana edibles with his cousin Caleb Fowler. The duo took a bus to the nearest town with a marijuana dispensary where they eventually spent $80 on marijuana and edibles.

When they returned to their hotel, Goodman proceeded to eat two of the candies, then waited for the effects. Goodman was apparently under the impression the candies would take effect immediately or within a few minutes. When after a few minutes he experienced no high, he ate more. Within only a few minutes he had consumed five times the adult dose for the candies.

Consuming edibles isn’t like smoking marijuana, which begins to take effect almost immediately and is at its fullest effect within eight minutes. Edibles often take more than 40 minutes to kick in, sometimes taking as long as two hours.

As the afternoon progressed, Goodman began to act strange. “He would make eye contact with us but didn’t see us, didn’t recognize our presence almost. He had never got close to this point, I had never seen him like this,” Fowler said.

When the family asked Goodman to go out on a trip with them, he refused. After the family left, Goodman took out a pistol he carried with him for self defense and took his own life.

What exactly transpired between when the cousin left the room and when Goodman took his own life may never be known. But one thing’s for sure: the family blames the marijuana.

“It was 100 percent the drugs,” said Kim Goodman, the mother of Luke Goodman.

The coroner’s office has yet to review a toxicology screen that would tell them more about the level of drugs in Goodman’s system. However, it seems clear that the drugs were at least a factor in the incident.

Marijuana edibles may taste sweet and not seem like a drug, but that doesn’t mean they aren’t dangerous. Serenity House Detox & Recovery can help you stop abusing marijuana or other drugs. Call Serenity House today for more information.