Giving Up Alcohol is for Quitters 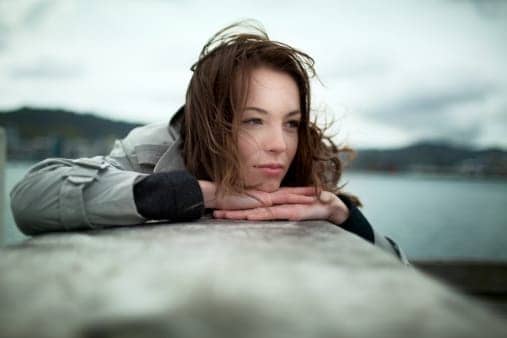 If you’ve ever tried giving up alcohol, you may have realized that it’s not as easy as it sounds. Those who are in your close circle of family and friends may also wonder why you can’t just quit entirely. Alcoholism is a very powerful disease and most people would stop or moderate if they could. The problem is that alcoholism affects parts of the brain responsible for self-awareness, impulse control and empathy for other people.

When trying to overcome a problem with alcohol, there’s an internal struggle of two different thoughts in the mind. You may realize that alcohol is hurting you and your loved ones, but quitting sounds like an impossible idea. This battle of thoughts happens because your mind believes that you need alcohol to survive. This effect on the brain is why people say that addiction is a very cunning disease.

Knowing the Truth when Giving Up Alcohol

The prefrontal cortex is a part of the brain that helps people with self-awareness and logical decision making. When a person is suffering from the disease of addiction, this part of the brain isn’t functioning properly. If the prefrontal cortex isn’t functioning properly, the pleasure system in the brain can run unrestrained. The person suffering from alcoholism is incapable of truly understanding how drinking is affecting their life.

As a loved one of someone with an alcohol addiction, this may give you some answers as to why giving up alcohol isn’t as easy as it sounds. Those with alcoholism suffer from delusional thinking, which means they’re not seeing situations for what they really are. When delusional thinking combines with a person’s need for survival, they can become very aggressive. The symptoms of addiction sometimes make it very difficult to approach your loved with a drinking problem.

Giving Up Alcohol Makes You a Quitter in a Good Way

Many thousands of people around the world never get the help that they need because they refuse to quit. The most common reason that people don’t want to quit is because it’s difficult to admit that you’re powerless. Many people who struggle with alcoholism have had no problem overcoming other obstacles in their lives. This makes those with alcoholism become obsessed with the idea that they can drink normally someday.

Not only does this type of thinking cause people an immense amount of unnecessary pain and suffering, but it also causes relapse. When someone is finally on the path of giving up alcohol but can’t give it up for good, they can relapse and experience dire consequences. One must fully concede to themselves that they have this illness of addiction to fully recovery. The first step of surrender is why so many people swear by 12-step programs like Alcoholics Anonymous and Narcotics Anonymous.

If you’re struggling with alcoholism, don’t believe the idea that quitting makes you weak. There are many people who chase the idea of drinking normally to death or insanity. Admitting defeat when it comes to giving up alcohol is the first step in liberation and freedom. Alcohol is a powerful mind-altering substance that has kept you a slave for far too long.

Giving Up Alcohol on Your Own is Dangerous

Some people who are ready to get sober want to do it on their own. Again, the person’s pride and ego might get in the way of asking for help, but this can be very dangerous. Different drugs like heroin, benzodiazepines, cocaine and painkillers have withdrawal symptoms, but alcohol is worse. Alcohol is the worst of the substances because there are more parts of the body affected. Sometimes, the symptoms of withdrawal can have fatal consequences as well.

Some of the symptoms of withdrawal from alcohol dependence can include:

The above are examples of moderate to more severe symptoms of withdrawal from alcohol, but they can get worse. Through your drinking career, your heart has become weakened. There are some who have a heart so weak that withdrawal leads to cardiac arrest. The lack of alcohol in the brain can also cause misfires that can lead to potentially fatal seizures.

Rather than trying to quit on your own, you should ask for help when you’re ready to try getting sober. A qualified drug and alcohol detox center is going to have the care and support you need to get well. Not only will you have a much more pleasant experience, but your chances of relapse will decrease greatly. Those who get help are far less likely to relapse because they can’t handle the symptoms of withdrawal.

Serenity House Detox & Recovery has alcohol treatment centers in both Fort Lauderdale and Jupiter, Florida. We specialize in treating people through their symptoms of alcohol withdrawal, so you can rest assured that you’re in good hands. Our medical staff will be with you to monitor your health, which includes your heart. You’ll also get different medications that help with the psychological symptoms of withdrawal and cravings to drink.

We’re here at Serenity House Detox & Recovery to provide you with a foundation for recovery that you can rely on. We want you to finish our program with a confidence that you can maintain your sobriety for years to come. Make the call today. Dial 866-294-5306.