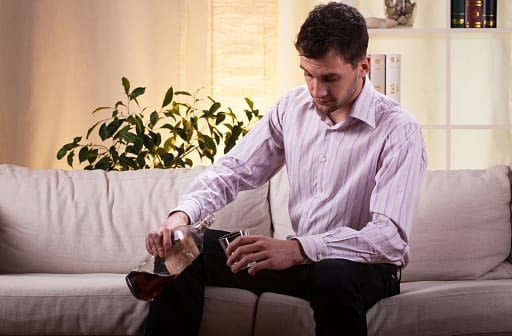 Desire to Cut Back on Alcohol Consumption

One of the major signs of alcohol abuse is when individuals have an active desire to cut back on consumption. Even if people don’t want to outwardly admit that there is an alcohol problem at play, they may understand that consumption should be decreased.

The desire to cut back on alcohol consumption is often present when individuals see negative side effects from their drinking too much. At one end of the spectrum are people who inherently understand the health effects of drinking alcohol regularly. Some individuals may wish to cut back on drinking in order to perform better academically or even to lose weight.

Some people have a desire to cut back on alcohol consumption because they are aware of alcohol’s hold on their lives. They may have even tried to cut back on drinking in the past, but realize how difficult it was. One alcohol abuse definition is wanting to quit or cut back, but not being able to do to successfully.

A person struggling with alcohol abuse might head to an office happy hour with a plan to consume just one drink. However, after that first drink, they might find it challenging to stop. A second, third and fourth drink might follow. When this is a regular thing, alcohol abuse has to be addressed.

In other cases, individuals state that they only drink on certain days of the week, or for certain occasions. Over time, however, that might change. A person who says they only drink on the weekends might start noticing the “alcohol creep”. This is when alcohol moves from just the weekend to Thursday nights, or maybe a drink or two on a Monday night. Over time, it can lead from alcohol abuse straight to addiction.

When Alcohol Interferes With Personal Responsibilities

Arguably the main hallmark of alcohol abuse is when the consumption of alcohol starts to impact the most important parts of life. For some people, drinking can become a priority. When this happens, personal responsibilities are forgotten. Work, family, friends and financial stability may fall to the wayside as drinking becomes more important.

Often, this happens slowly. A person struggling with alcohol abuse might oversleep one day or feel too hungover to go to work. This is a small incident, but it could pave the wave for more absenteeism as a result of drinking.

Risky, Dangerous Situations as a Result of Drinking Alcohol

Drinking alcohol, particularly in large amounts, can increase the likelihood of being in a risky, unsafe situation. Alcohol lowers inhibitions, encouraging people to do things that are contrary to their belief system or intelligence. When alcohol begins to lead to dangerous situations, alcohol abuse is likely at play.

Some individuals believe that they are capable of functioning normally while under the influence of alcohol. Sadly, this is a misconception, as drinking alcohol will always reduce cognitive ability and response times. When people make this mistake, they might drive or operate machinery while inebriated. This can lead to injury or loss of life.

Individuals who are under the influence of alcohol on a regular basis might also begin to take risky choices with regard to finances or health. Alcohol consumption increases the likelihood of unsafe sex as well as gambling, for example.

Another aspect of the alcohol abuse definition is an increased tolerance. Essentially, this means that individuals needs to drink more alcohol just to feel the same effects.

Regular, consistent drinking is one way to increase tolerance. While two drinks may have been enough to feel relaxed or outgoing in the past, it might now take three or four. This is a dangerous, slippery slope that can quickly lead to staggering amounts of alcohol as well as addiction.

Don’t forget that even those who drink infrequently can be impacted by an increase in tolerance. This happens through binge drinking, and it can be just as dangerous for many individuals.

Far too often, people think of alcohol abuse as a precursor to addiction, but not a real concern. That is a dangerous way of thinking. Alcohol abuse is, in and of itself, a problem. It can lead to accidents, health problems, financial instability, ruined careers and broken relationships. If alcohol abuse is spotted, it has to be addressed.

One of the key ways to treat alcohol abuse is to recognize it and admit there is an issue. This is difficult for many people, but it is critical. Once individuals can admit that alcohol abuse is a problem, then they commit to finding addiction help.

The ultimate way to treat an alcohol abuse problem is to cease consumption. Many people who do this will face withdrawal symptoms. That’s why it is key to enter a detox facility and have competent medical staff oversee the process. With medical attention and around-the-clock care, patients can end their dependence and abuse of alcohol in a safe and comfortable way.

The alcohol abuse definition is fluid and can depend on a number of factors. One thing, however, is sure–to address alcohol abuse, treatment in an alcohol detox is critical. Call 866-294-5306 to learn more about Serenity House Detox and the road to recovery.

How Long Does Alcohol Take to Get out of Your System
November 17, 2021

Where Are The Best Alcohol Detox Centers Florida Has to Offer
November 2, 2021

How to Safely Detox from Alcohol
November 2, 2021