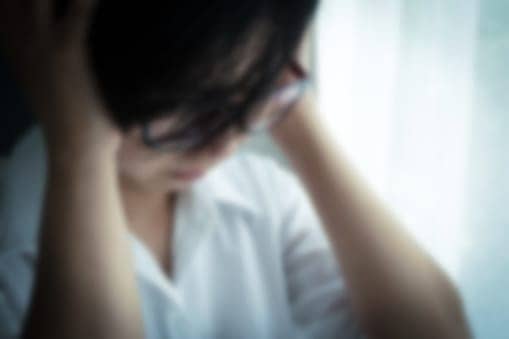 A drug overdose (OD) can happen by accident. If you’ve received a prescription drug and forget that you’ve already taken a dose, doubling up would qualify as an OD. But sometimes an overdose of a prescription or illicit drug is intentional. Do you know the drug overdose symptoms to look for?

Amphetamines, meth, and cocaine fall under the umbrella term of being stimulants. Their chemicals act on the body and artificially increase energy levels. These substances decrease appetite and the need to sleep. As a result, it’s not unusual to be awake for multiple days consecutively with only small amounts of food ingested.

In a therapeutic setting, physicians prescribe stimulants for weight loss or to treat ADD. When someone starts using the drugs non-medically, they usually like the energy boost. From there, it’s possible to keep increasing the dose. If someone exceeds the load of chemicals the body can metabolize, drug overdose symptoms set in.

Overdosing on Alcohol is Possible

There is a persistent myth going around that suggest it’s impossible to OD on alcohol. This assessment is not correct. In fact, an alcohol overdose is merely another word for poisoning, which occurs when someone drinks more than the liver can break down. Alcohol then absorbs into the bloodstream.

Look for drug overdose symptoms when someone’s been binge drinking and s/he appears to become dazed. Typically, the person will vomit, get pale, and have a marked decrease in body temperature. Breathing may slow dangerously, and the alcohol may depress the gag reflex. Choking on vomit and suffering seizures is a possibility.

Tranquilizers are another set of depressants, just like alcohol, which people who struggle with addiction may abuse. Physicians may prescribe the drugs to assist patients suffering from insomnia or anxiety. Examples include Valium and several sleep aids. Overdosing can result in what looks like drunkenness.

Drug overdose symptoms for prescription painkillers like OxyContin and Vicodin look like those experienced by someone overdosing on heroin. These substances fall under the opiate classification. The human body quickly builds up a tolerance to prescription painkillers. As a result, patients using the medications may add an extra dose.

Someone with a painkiller addiction or using heroin will increase the dose to achieve a primary high that becomes more elusive. For heroin users, there is the added danger of secondary chemicals used to cut the drug. Because the purity of the substance is impossible to know from one dose to the next, an accidental overdose is always a possibility. An OD in this setting frequently starts with feelings of confusion.

How Dangerous are Drug Overdoses?

Each OD is a medical emergency. Because it’s impossible to ascertain with certainty how someone’s body will react to a drug, medical assistance is a necessity. Even someone who’s been using drugs for a long time can suddenly overdose and suffer dire physical consequences. Adopting a “wait and see” approach can be fatal.

If your friend experiences a drug overdose while you’re there to help, do not leave the person alone. Never let someone “sleep it off,” which used to be the folk remedy for dealing with someone’s drunkenness. Remember that depression of the body’s breathing mechanism is a commonality that multiple drug types share. Your friend may fall asleep but never wake up.

Instead, try to keep the person awake. Monitor breathing attempts. Assist with vomiting by putting someone on her or his side. Be prepared to administer CPR.

Another reason why overdoses are so dangerous is the fact that often there is more than one drug in the body. Someone may have ingested uppers or downers and then used alcohol as well. A mix of different drug types can mask the actual overdose symptoms and instead make it appear as though the person is only drunk. Again, if you suspect a drug overdose of any kind, only licensed medical professionals can intervene with certainty.

How to Deal with Someone after an Overdose

Probably the worst course of action to take is shaming a loved one who suffered an OD. If you were there at the time, discuss the situation in a detached, calm manner. Explain the drug overdose symptoms you witnessed. Share your feelings, fears, and love for the person.

Next, explain that there’s no reason to repeat the experience. A clinically supervised medical detox program helps anyone physically addicted to a substance to cut the ties. Doing so doesn’t have to be a painful and uncomfortable experience. Instead, it can be a deeply moving time for cleansing, healing, and getting well.

Offer to be at your loved one’s side for the duration of the detox process. If you’re the one who recently survived a drug overdose, don’t go through the agony again. Now is the right time to stop and get well. Addiction help is waiting for you at Serenity House Detox & Recovery. Dial 866-294-5306 and start a new life, free from addiction and overdose.