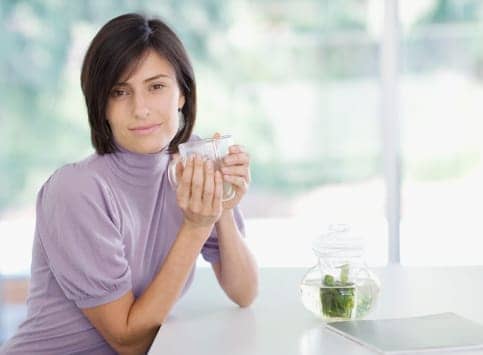 Not all patients with alcoholism end up suffering very severe withdrawal symptoms. In addition, it’s not entirely clear what predisposes people to have more severe symptoms like delirium tremens (DT). Previous research seems to indicate that the people most likely to suffer from severe symptoms are those who drink longer and for a sustained time rather than episodic drinkers. Alcohol detox protocol focuses on watching for severe symptoms as they can develop quite rapidly, even after mild initial symptoms.

The symptoms of withdrawal from alcohol are the result of changed brain chemistry and central nervous system depression. Alcohol consumption suppresses both the neurotransmitters for excitement as well as the ones for relaxation and calm. More amounts of alcohol are eventually needed to maintain this. When consumption stops, these neurotransmitters begin working again, but at higher levels resulting in a hyperactive central nervous system, which generates such symptoms as anxiety, tremors, insomnia and irritation.

Minor withdrawal symptoms upon quitting alcohol use can include stomach upset, headache, palpitations, heavy sweating, anxiety and insomnia. These symptoms usually appear within about six hours after drinking has stopped and might appear while patients still have a high blood alcohol concentration. More severe symptoms appear in patients who have a lengthy history of chronic alcohol consumption. One of the frightening severe symptoms is seizures, which can be singular or multiple and generally occur between 12 and 48 hours of the last drink, but can also occur in as little as two hours. One third of patients experiencing these withdrawal seizures can progress to delirium tremens if they aren’t treated when they first appear.

Many patients also experience hallucinations as a part of withdrawal, but there are two types of hallucinations and it’s important to distinguish them. Hallucinations may occur with those having severe symptoms, but the patients are usually aware that they are hallucinations. The hallucinations associated with delirium tremens, on the other hand, occur with a strong confusion and negative vital signs. DT usually has a mortality rate of about 5%. Older people and those with other co-occurring conditions are more likely to be part of this 5%.

Attempting to withdraw from alcohol at home is dangerous due to the risk factors listed above, but at a dedicated detox center like Serenity House Detox & Recovery, you will be under constant medical supervision to ensure your safety and comfort. Call Serenity House today at 866-294-5309 to find out how detox sets you on the path to recovery.